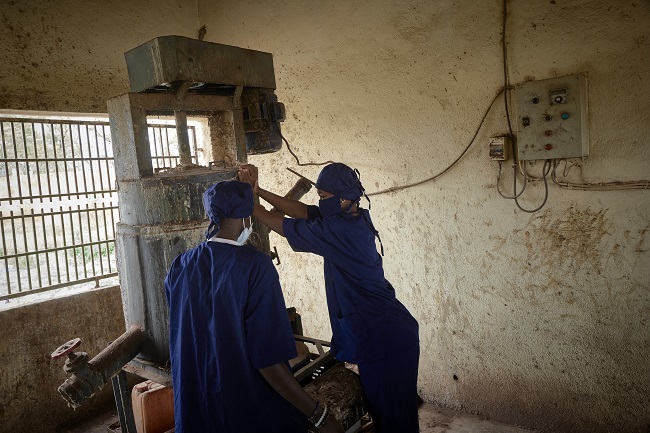 Bolle is one of the only women’s prisons in Africa’s Sahel region, which has been plagued by a brutal jihadist conflict since 2012. It is also a centre for vocational training to help women reintegrate into society once out of prison.

“All these ladies or all these girls who are in detention are doing something, they are involved an activity. We are not only a detention centre but we are also here to re-educate and to teach the detainees income-generating activities in order to prepare their reintegration into society,” said Gabriel Flazan Sidibe, Deputy Director of the Bollé detention centre.

A United States citizen, John Marsh, who was in Ethiopia to observe its sixth general election, was found dead in the capital, Addis Ababa, on Tuesday, 22nd June – All Africa reports

Marsh was a member of the Carter Center team of observers.

“An American citizen was found dead in his bedroom at the Radisson Blu Hotel,” the Addis Ababa Police Commission said in a statement, confirming what sources had told Nation Africa.

A worker at the hotel, who requested anonymity, also disclosed that: “At about 7 o’clock in the morning, our hotel room cleaner saw him on the ground next to his bed when she went to clean the bedroom.” “She reported what she saw to the police, who immediately came to the scene, where they found him dead.”