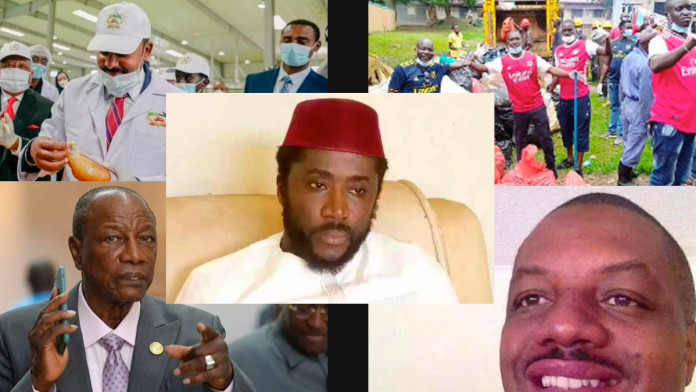 Here are the top 5 ‘old and News‘ of the day

Guinea: I’m the Alpha for youth and women, Conde believes.

Guinea’s President Alpha Condé has said he would be the candidate for young people and women in the upcoming elections.

The 82-year-old, who is running for a controversial third term that has sparked protests, said he was the best choice for the two groups.

Mr Condé hailed women as important pillars in the society.

He was speaking during a video conference with female political activists on Wednesday.

Mr Condé, who was first elected in 2010, pushed through a constitutional change in a referendum in March which allowed him to stand for a third term.

Go deeper: Alpha Conde has ruled Guinea for a long while and and he is about to run for presidency again. The funny thing is do the people of Guinea wants him to rule again for the third time because he’s been there since 2010 and it doesn’t look like he’s stepping down anytime soon. African leaders have this thing in them where they either want to rule for a long time and they do not have a plan afterwards so it feels like you know their super drunk that you know they have to stay in power for a long time this has to be addressed because it kind of feels like is no hope for any young person to rule in Africa and that is not good. Of course we know that the dynamics for ruling is really challenging and requires experience but I mean why are there no centers to train for presidency? Is there something they do not want people to know about? These are questions that we need to ask.

A court in Zimbabwe has released the journalist, Hopewell Chin’ono, on bail.

He had been in prison since July after being charged with inciting public violence for posting messages in support of a protest against corruption.

His incarceration drew widespread international criticism, especially after he was repeatedly denied bail.

Earlier the opposition leader behind the protest was also given bail.

Jacob Ngarivhume was ordered not to share any posts on social media.

The Zimbabwean government has accused the opposition of working with foreign countries to destabilise the country.

Elie Kamano, a former Guinean reggae musician, has expressed his interest to run for the presidency.

He plans to challenge President Alpha Condé who is seeking a controversial third term in October.

The musician has called on his supporters to help him raise the required fee set for registration of candidates by the electoral commission.

Mr Kamano told the BBC’s Focus on Africa programme that Guinea was a rich country but its progress had been undermined by corruption.

“If I become the president I can do something for my people …The people have realised that time has come for us to change things in the country,” he said.

Go deeper: So a challenge for current president Alpha Conde is this musician running for president. He was said earlier that Alpha Conde has been ruling for a long time and there’s no worthy challenge for him but this has brought good news to the people of Guinea and I’m sure that a lot of people would gather their support for the musician based on the fact that they don’t even want Alpha Conde to keep rulling them you know so they will settle for anyone who is not Alpha Conde so it makes sense that Ellie Kamano is running for presidency or has expressed interest. Let’s see how far this goes?

Ethiopia: Here for the bread

The authorities in Ethiopia’s capital, Addis Ababa plan to distribute hundreds of thousands of loaves of bread for free as part of celebrations to mark the Ethiopian new year, 2013.

The one-day treat, on Monday 7 September, will start five days of celebration to mark the last month of the Ethiopian calendar.

Back in June, the government unveiled a huge bakery on the outskirts of the capital.

Officials say it has the capacity to produce two million mid-size loaves of bread a day.

A government official shared a video of the Sheger bakery in operation during the launch.

It is not clear how many loaves are planned to be baked in this bakery and how much it would cost the city authorities.

Bread is a favourite food in Addis Ababa and queues outside bakeries are common.

South Sudanese fans of English Premier League club Arsenal have planned a series of charity events to celebrate the team’s win of the pre-season Community Shield.

Over the weekend the fans helped clean Al-Sabbah Children’s Hospital in the capital, Juba, as a sign of solidarity with the country’s children who have suffered after years of conflict.

They will be delivering beds, mattresses and bed sheets in two weeks’ time and also stated that children are the future of the country

The fans will be conducting a number of humanitarian activities during the Covid-19 pandemic.