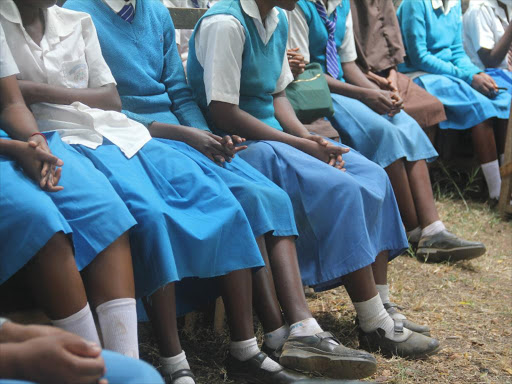 Teen pregnancies in a single county in Kenya surged over a period of five months, posing a serious headache for the Kenyan government and derailing the education of thousands for girls girls.

Machakos county, located in the north eastern province in Kenya is leading several other counties in terms of teenage pregnancies in Kenya according to Kenya Health Information System survey.

The consequences: There are huge discrepancies between education averages for boys and girls across the continent. Backward policies that punish teenage girls for pregnancies but allow boys who impregnate them to continue their education worsens the situation. There are still families who think the girl-child is but a tool for making babies and a house manager – education is a waste of resources.

This surge sends strong messages and stains a struggle that has already gained momentum.

The African Petroleum Producers Organisation (APPO) Tuesday, agreed to relocate the headquarters of the organisation from Nigeria to Brazzaville, Republic of Congo.

The Council of Ministers approved the recommendation to move the temporary Headquarters of the Organisation from Abuja, Nigeria, to the permanent Headquarters in Brazzaville, Republic of Congo.

Go deeper: The APPO Headquarters was temporarily moved to Abuja in 2018 when Nigeria assumed the Presidency of the organisation with a mandate to execute the approved reform programme.

This is how Nigeria, Egypt, Equatorial Guinea and the host country Republic of Congo indicated interest. All the new entrants for the hosting of the headquarters withdrew and left Congo as sole candidate.

Mali’s President Ibrahim Boubacar Keita Tuesday, announced that he would hold talks on establishing a new unity government, after weeks of escalating criticism from the country’s political opposition.

In a speech in the capital Bamako, the president also suggested first steps towards reforming the constitutional court and the national parliament.

The motivation: The series of announcements came as Keita struggled to maintain political support in the volatile West African state over a jihadist revolt that first broke out in the north in 2012.

The violence has since spread to the centre of the country, inflaming ethnic tensions, as well as to neighbouring Burkina Faso and Niger.

A number of people have been arrested by police investigating one of South Africa’s most notorious corruption scandals, the looting and collapse of VBS Mutual Bank.

VBS, which held the savings of many disadvantaged people and local municipalities, collapsed with more than £100 million in debts in 2018. Much of the money had been siphoned into private bank accounts and some spent on property or luxury cars, investigators found.

Other details: Four people were detained in early morning raids on Wednesday in the provinces of Gauteng and Limpopo, with further arrests anticipated within 24 hours. One suspect is in quarantine after contracting Covid-19 and is expected to be detained shortly.

The head of the National Prosecuting Authority described the VBS scandal as “probably the biggest bank robbery in this country”.

Zimbabwe’s government says it will increase civil servants’ wages in the light of economic challenges worsened by Covid-19.

The UN-recognised government in Libya is extending the curfew to combat the coronavirus for another 10 days in the areas it controls.