Y! For Africa Focused on Emerging Leaders and Culture Shapers
Home 54° Across Africa From a People Power movement to a political party, the Bobi Wine way 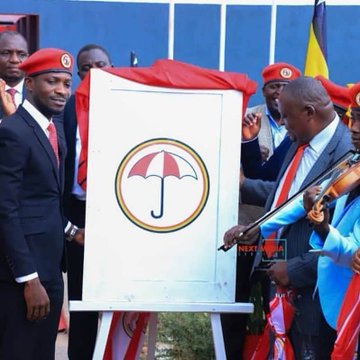 Speaking at his People Power secretariat in Kamwokya Wednesday, Kyagulanyi said that for the last two years, they have been in negotiations with the National Unity, Reconciliation and Development Party under Moses Kibalama Nkonge when it became apparent that they couldn’t register a new party.

The People Power, Our Power movement (also known as the People Power Movement) is a resistance pressure group in Uganda, led by the singer, activist, politician, Bobi Wine, who is the MP for Kyadondo East constituency. The movement seeks to unite Ugandans on issues such as ending human rights abuse, corruption and redefining the rule of law, with a focus on young Ugandans. The movement was primarily sparked by civil unrest with Yoweri Museveni‘s extended presidency, after he announced plans to extend his third-longest tenure in Africa by seeking re-election in 2021.

“Our discussions and debates led us to the conclusion that it was both untimely and unpractical to form a political party. And, in any case, we were alive to the fact that the regime would foil any attempt to register People Power as a political party. And indeed at the end of 2018, our legal team tried to reserve the name, People Power just in case we needed to formally register at some point. But as we expected, we found that this name had been reserved and flagged so that we don’t register it. Since then we have continued to struggle as a political and social movement advocating for change in our motherland Uganda, Bobi Wine said.

Nkonge said when Bobi Wine reached out to them; they realised that he had the same aspirations as those of their party. He said that taking over the presidency of the party by Kyagulanyi is a dream come true for them.

Why does this matter?

With this, Bobi Wine’s political tone has changed, when you consider that he has, in the past, scoffed at the idea of belonging to a political party, insisting that he could continue to be a political voice without belonging to any party. He also argued then that Uganda has over 29 registered political parties, but they had failed to change leadership from the ruling National Resistance Movement (NRM).

The National Unity Party has umbrella as its symbol and asks progressive Ugandans to come under the ‘umbrella’ to support the movement of real change.

“Our view has been that we maintain People Power as a political movement that brings all Ugandans from different political formations advocating and struggling for change. Our mission has been and continues to be mission 2021. We have been telling people to register and vote. We know that is the only legal opportunity to overwhelm the Museveni dictatorship,” the singer said.

Both Bobi Wine and Nkonge did not reveal which kind of deal they agreed upon for him to take over the party. However, Nkonge, who has been the National Unity Party president for 16 years stepped down on July 14, and a delegate’s conference attended by 60 members, elected Bobi Wine unopposed as the new president.

The party also agreed to change the name from National Unity, Reconciliation and Development Party to National Unity Platform (NUP). The People Power secretary-general, David Lewis Rubongoya, will serve in the same role in NUP. Bobi Wine also says they are still in conversation with political parties who embraced People Power.

Since the formation of the People Power Movement three years ago, a number of legislators, including members of the ruling NRM and opposition Forum for Democratic Change, have allied with People Power.

Political analyst Mathias Mpuuga says the formation of the NUP is a whole new start for politicians.