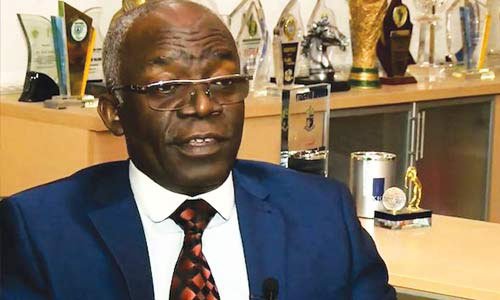 The human rights activist urged the global organisation to “initiate a procedure involving the investigation of the case of Mr Wine together with his wife and his domestic staff”.

Kenya Revenue Authority (KRA), has announced that it will charge social media influencers via the newly introduced Digital Service Taxes (DST) which all influencers doing business on digital platforms will now have to pay.

The taxman noted in a public notice, that there now are increasing numbers of influencers who do not file tax returns or pay taxes on transactions.

“Social media influencers will be liable to pay digital service tax since their income is derived from or accrued from the provision of services through a digital marketplace or by providing digital advertising services in Kenya,” the statement read in part.

Nigeria’s Buhari on Tuesday, 19 January 2021 met behind closed doors with President Patrice Talon of Benin Republic at the State House, Abuja. The president assured Talon and other west African neighbours of the importance of “Good neighbourliness”.

The Nigerian president according to a statement promised to continue to work with neighbouring countries.

The Rwandan Government has re-introduced tough lockdown measures in its capital Kigali. The lockdown is followed after a surge in the number of COVID-19 cases in the country.

The government placed a ban on movement into and out of the city, as it stated that only essential services and personnel will be allowed to work in the city.

Osman Abukar Dubbe, Somalia’s Information Minister on Tuesday, 19 January 2021, denied claims that hundreds of Somali soldiers were killed while fighting alongside the Ethiopian army against the Tigray People’s Liberation Front.

Speaking on Somali National TV (SNTV), the Minister noted that Ethiopia did not request any troops from Somalia.