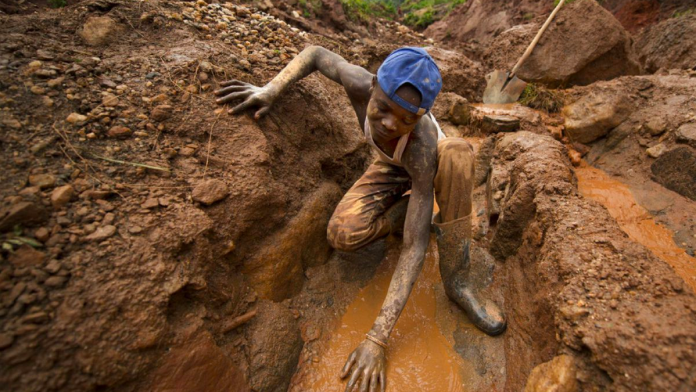 Have we ever wondered why after it is all said and done, we still get to have this conversation about Africa being a huge source of natural resources? We have heard this statement made at some point about how Africa is rich in resources but still poor and how there is a lot of corruption going on in the trading of this natural resources.

But to be honest, Africa is actually blessed with a rich bounty of natural resources. Imagine the continent holding around 30% of the world’s known mineral reserves.

Alright! Alright! We know all this!

Or if you don’t, now you know.

But for the sake of fulfilling all righteousness, here is an excerpt of an article written in 2015 by Tom Lebert, senior international programme officer (Resources & Conflict) at War on Want.

Tom also wrote about the mining industry. He had this to say

Using Zambia and South Africa as an example, overly-generous tax incentives provided to companies and  illegal capital flight through trade-misinvoicing (a means to evade tax) is rife in the ores and metals sector are 2 major situations that compound the corruption going on. Massive smuggling, underreporting and tax evasion in the sector also.

This tweet by Hopewell Chin’ono says a lot about this.

What does this mean for the next generation of leaders?

It is important there is a lot of transparency in the mining process of these natural resources. This is not to rule out the greed that exist in the dealings of these natural resources, which leads to holding on to opaque and unclear processes. Greed must be dealt with before taking a position of authority. The overwhelming desire to get all that will make you comfortable is a ticking time-bomb for greed to rear its ugly head. As young Africans looking to occupy positions of authority in the continent, it is important we begin to develop ourselves in becoming transparent, honest and truthful. A generation not fazed by money, no matter its amount. That way, we are free to make decisions for the betterment of the countries we lead.

In conclusion, it is difficult to manage what you have in excess especially when at the back of our minds, we know that there would never be a shortage of it. The impact of the wealth from Natural resources should be felt in the country where it is mined. There is a reason it is called ‘Mine” right? It is the country’s natural resource to explore and the world should be a better place for it, not the other way round.