Y! For Africa Focused on Emerging Leaders and Culture Shapers
Home 54° Across Africa #54DegreesAcrossAfrica: Schools reopening, the effect of alcohol ban in South Africa and other stories 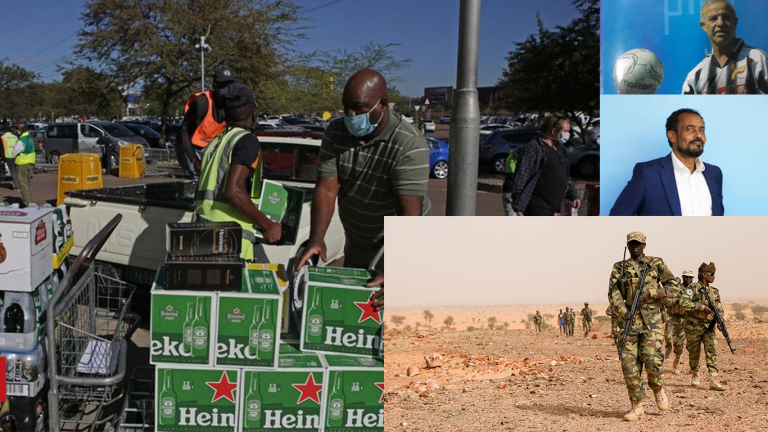 Secondary schools in Nigeria reopened Tuesday, almost four months after they closed to halt the spread of the coronavirus disease, COVID-19.

There are indications the government may be using this reopening to test-run the system for possibly opening all schools in Nigeria. School is only open for final year students of Secondary schools.

Go deeper: As much as we commend the efforts of the government towards making sure the students continue their education, it is paramount they also put measures in place to ensure the students do not further spread COVID-19. Considering ‘anyhowness’ is a thing with the Nigerian government, citizens need to insist that students are informed, regularly, that COVID-19 is fast spreading and need to be safe; also keep their family and friends safe.

Chad says it has reduced internet speeds to curb the spread of messages on social media that it says incite hate and division because there was a video circulating  showing a soldier shooting a man at point-blank range after he was threatened with a knife.

Activists say the soldier is from the same ethnic group as President Idriss Déby, which they say rules Chad with impunity.

Déby, who has been in power for 30 years, said last week that social media should not be used to criticise ethnic groups.

Go deeper:  Chad has been the subject to a lot of attacks in recent times. These attacks have led to the killing and abduction of many civilians, including women, children and displaced people who had fled violence. This move is an attempt to blind the world from the injustice happening in the country.

We will recall how over 20 African states are guilty of trying to shut down internet and social media due to anti-government protests. Nigeria recently placed a five million naira sanction on hate speech, Ethiopia is known for radically shutting down its sole internet service whenever government policies and actions are called out.

A major brewery in South Africa has cancelled plans for $143 million (£110m) worth of infrastructure investment, blaming significant revenue losses on the country’s alcohol ban brought in three months ago.

Having lost 12 trading weeks, it is only normal to stop investing in a market that would not aid the growth of any business.

Go deeper: The alcohol ban caused Heineken to cut down salaries of their by 20% with no bonuses.

The ban, placed two times this year alone has divided the country. Hospitals say the ban has given room for patients of other illnesses and diseases, who are not the regular sober patients (and the ones who had an accident because of heavy alcohol intake).

The ex-Algerian footballer honoured for never being booked

Former footballer, Abdelhamid Salhi, estimates he played more than 1,000 games, yet he was never cautioned.

He explains that respect was the key to his ability to keep calm and avoid being show and a card.

“I have always observed the rules religiously. I have never contested the decision made by the referee or argued with him about anything even when I am victim a bad tackle or another offence,” he told BBC Sport Africa.

“You will never get into trouble if you put respect first, that’s the golden rule for fair play and clean football.”

The former Algerian Player of the Year has been honoured in the past for his spotless record.

Go deeper: Abdelhamid Salhi played for the Algerian team where he had about 34 selection between 1967 and 1973. He received the Lausanne, the Jean Borotra prize by the Internation Olympic Committee in 2005 for his sporting and moral qualities.

He was also honoured in 2007 by the IOC for the recognition of the exemplary nature of the child prodigy of ES Setif, and his high human qualities which distinguished him throughout his career.

A Ethiopian court has summoned the head of the country’s main Covid-19 hospital to talk about the health of opposition leader Dejene Tafa.

Dejene, from the Oromo Federalist Congress, was detained last month, along with many others, accused of organising and taking part in violence that hit the country following the death of prominent singer Hachalu Hundessa.

But he was then taken to hospital on 23 July and the court wants to understand why Dejene had to be admitted as it is quite clear he is being elusive.

Go deeper: Sometime last month, A prominent musician died and his death sparked up protests in Ethiopia. Dejene, an opposition leader against the incumbent seemed to have been part of the people who sparked the protests.