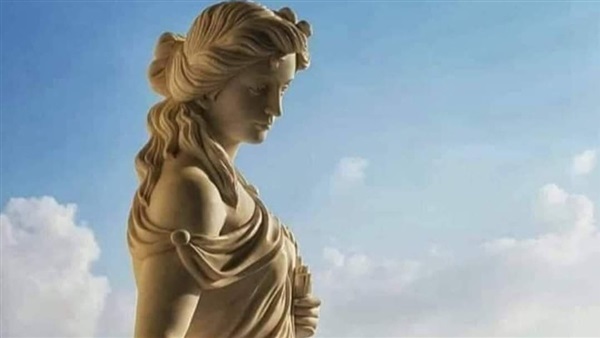 A statue of ancient Alexandrian philosopher Hypatia has been erected in the square of Al-Masa Capital Club in the City of Culture and Arts at the New Administrative Capital.

Hypatia (born c. 350–370; died 415) was a Hellenistic Neoplatonist philosopher, astronomer, and mathematician, who lived in Alexandria, Egypt, then part of the Eastern Roman Empire. She was a prominent thinker of the Neoplatonic school in Alexandria where she taught philosophy and astronomy. She is the first female mathematician whose life is reasonably well recorded. Hypatia was renowned in her own lifetime as a great teacher and a wise counsellor and also as the first scientist assassinated by religious extremists.

According to Rosa al-Youssef, Hypatia’s death marked the end of an era of intellectual enlightenment and advancement of knowledge that Alexandria had experienced for 750 years.

Scholars fled the city for Athens and other countries in the wake of her murder. Let’s talk about her works briefly.

Hypatia has been described as a universal genius, but she was probably more of a teacher and commentator than an innovator.

While she achieved a lot in her lifetime, Hypatia’s death sent shockwaves throughout the empire; for centuries, philosophers had been seen as effectively untouchable during the displays of public violence that sometimes occurred in Roman cities and the murder of a female philosopher at the hand of a mob was seen as “profoundly dangerous and destabilizing”. Although no concrete evidence was ever discovered definitively linking Cyril to the murder of Hypatia, it was widely believed that he had ordered it.

Hypatia’s death was similar to those of Christian martyrs in Alexandria, who had been dragged through the streets during the Decian persecution in 250.

Other aspects of Hypatia’s life also fit the mold for a Christian martyr, especially her lifelong virginity. In the Early Middle Ages, Christians conflated Hypatia’s death with stories of the Decian martyrs and she became part of the basis for the legend of Saint Catherine of Alexandria, a virgin martyr said to have been exceedingly wise and well-educated.

Hypatia indeed was a force to reckon with.