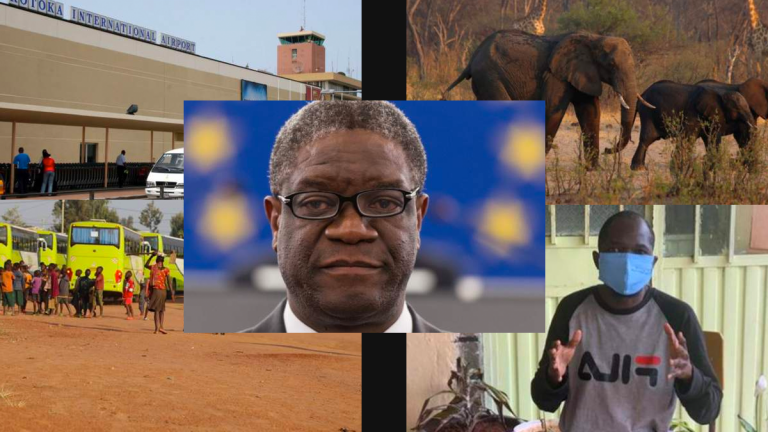 A Kenyan journalist who was freed from detention in Ethiopia has opted to stay there with friends, according to Kenya’s foreign ministry.

He was released this month after the intervention of Kenya’s foreign ministry and taken to a state-run isolation centre in Addis Ababa after testing positive for Covid-19 while in detention.

The journalist completed 14 days in quarantine and was discharged from the facility after testing negative, according to a statement from the Kenyan ministry.

He had secured a job there and was going to earn good money to take care of his growing family. Before that job, he had to make do with various minor jobs and consultancies, which were not paying well enough to cover his family’s needs. As a journalist, he had worked with various media houses in Kenya, which made him a household name.

Little did Yassin know that his trip to Somalia and what will follow a few months later would land him in jail in a foreign land with no one to follow up on his matter.

This points to the lack of safety that comes with being a journalist in Africa. Journalists happen to be the most vocal about issues pertaining to Africa but they easily become the target of different governments because of their ability to get information that may be detrimental to their rule or power. It is agreed that journalists are powerful because they can convince an entire nation towards a specific course of action.

Dr Mukwege said that he received death threats after commenting about the killing of 18 people in South Kivu province last month.

Dr Mukwege is a gynaecologist and has a clinic in that area.

He shared the Nobel Peace Prize in 2018 for his work on sexual violence in war.

The UN rights chief Michelle Bachelet called for an impartial probe into the threats.

Go deeper: Mukwege, a Congolese gynaecologist who shared the Nobel Peace Prize in 2018 for his work against sexual violence in war, and his relatives have been the target of “intimidation, hateful messages and death threats”.

He had pleaded for peace in the country’s east, by proposing the establishment of an international criminal court for the DRC in order to try the serious crimes committed there against the civilian population.

On July 26, Mukwege wrote “these are the same ones who are still killing in the DRC”, referring to a massacre in the east on his twitter.

Civilians in Kipupu, a village in South Kivu on the Fizi heights overlooking Lake Tanganyika, came under attack on July 16, with the death toll ranging widely between 18 and 220.

For speaking up for the people is why he is being threatened. Is silence a better option now and not request that justice be done?

Sudan’s transitional government and rebel groups are expected to sign a peace agreement on Monday to end 17 years of conflict – despite boycotts by some movements during the negotiations.

Fighting between government forces and the rebels started in 2003 and has left hundreds of thousands of people dead. Millions have been forced from their homes.

Sudanese Prime Minister Abdalla Hamdok arrived in Juba on Sunday afternoon and met with leaders of the rebel groups ahead of the formal signing ceremony.

Two weeks ago some rebels boycotted the talks as the parties inched closer to a breakthrough. One of the major players who walked out of the negotiations was the SPLM-N led by Abdelaziz Adam Al-Hilu of Southern Kordufan.

The group said that the mediators did not heed to their complaint against General Mohamed Hamdan Dagalo, also known as Hemetti, the deputy chairman of Sudan’s Sovereign Council and commander of the paramilitary Rapid Support Forces (RSF) – a controversial figure in Sudan’s politics.

The group alleged that Gen Dagalo “was not neutral and not qualified” to head Sudan’s government’s delegation to the peace talks because “his forces were still killing people in different parts of Sudan.”

Park authorities in Zimbabwe are investigating the death of 12 elephants at Hwange National Park.

The elephants were found dead with their tusks intact.

The authorities say they do not suspect cyanide poisoning – used by poachers instead of rifles – as no other wild animal was affected.

Blood samples from the elephants have taken for examination to determine the cause of death.

The Hwange National Park is near the border with Botswana where hundreds of elephant carcasses were found early this year.

Air, land and sea borders were closed in March to prevent the spread of the virus

They will also be tested on arrival at the airport with the result expected within 30 minutes. The passengers are to pay for the test.

Those who test positive will undergo further assessment and treatment. But children under five will not be tested.

All passengers are also expected to observe the safety protocols including mandatory wearing of masks.

Airlines that fail to comply with the government directive will be sanctioned.

Ghana has experienced a continued decrease in the number of Covid-19 active cases which are now just more than 1,000 out of over 44,205 confirmed cases.

The main Kotoka International Airport in the capital, Accra, previously handled about 24,500 international arrivals every week before the coronavirus pandemic.

But the country’s land and sea borders remain shut.