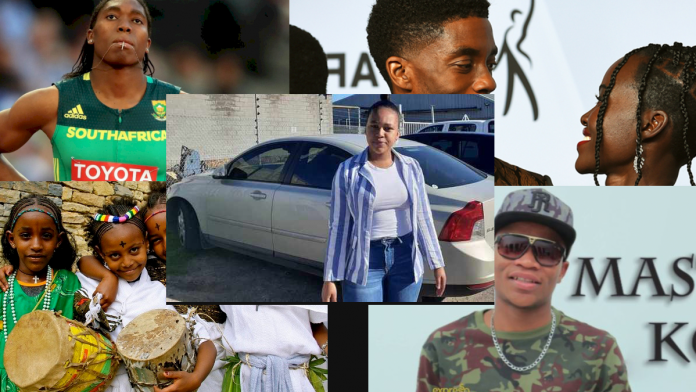 A South African entrepreneur has set up a women-only taxi company to protect women from violence in public transport and other taxi-hailing companies.

Asiphe Mkhefa, 18, said and it was reported that taxis had become a dangerous place for women hence her quest to ensure safe travels.

“Thirty-five per cent of gender-based violence comes from women being killed in public transport and e-hailing services. There’s a lot of stories that women have been murdered in taxis,” she said.

Ms Mkhefa said the taxi-hailing app was still being developed but an SMS service was in use.

The police spokesperson said they had intelligence that some individuals were planning to carry out an attack under the cover of fireworks.

Police had seized a grenade, four pistols and arrested 180 suspects in the capital, Addis Ababa, according to the spokesperson Markos Tadese who is quoted by Fana.

Ethiopians are celebrating the beginning of the year 2013 on Friday.

SOUTH AFRICA: Master KG’s Hit Jerusalema Is Most Searched Song in the World

How many of you have heard these beautiful lyrics being belted out?

When Limpopo-born music producer Master KG, real name Kgaogelo Moagi, released the song in 2019, he didn’t anticipate international success or even having a chart-topping song on YouTube. He featured vocalist Nomcebo Zikode, who managed to keep fans across the world captivated with her electrifying voice. The song gained huge international traction and has more than 125 million views on its official YouTube page.

Since its release, the gospel-house influenced song, Jerusalema, has become a global phenomenon, even inspiring its own dance challenge.

Around the world, celebrities, students, construction workers and healthcare workers have posted videos getting in on the #JerusalemaChallenge . Even our own Minister of Finance Tito Mboweni joined in on the Internet craze, even though his moves left many in stitches.

Football superstar Cristiano Ronaldo also showed his love to the song on his Instagram page.

U.S. singer Janet Jackson also posted a shoutout to Master KG and shared a video of men performing a choreographed dance to the song. She captioned it: “Happy Sunday you guys” and also tagged Master KG. It would have been nice if she did the challenge too so we could see her moves!

The challenge is bringing much-needed positivity during the novel coronavirus pandemic.

But, how did the song become such a sensation and a viral hit ?

According to Master KG, the Jerusalema dance challenge took off after a group of Angolan dancers posted a video of their choreography to the song.  “The dance video went viral… After that a lot of people wanted to participate… Everyone started doing the Jerusalema dance,” he said during an interview with South African newspaper Sowetan in July.

“I’d say the first one that was done in Angola remains my favourite because it gave birth to all the dance challenges all over the world,” KG said.

Even multi-awarding winning Nigerian musician Burna Boy jumped on a remix which peaked on music charts like the Billboard Hot Dance/Electronic Songs chart in the U.S.

The song keeps stacking up the records. According to Shazam, #Jerusalema is now the most Shazamed song in the world, and the #Jerusalema craze continues to sweep the world.

Oscar-winning actress Lupita Nyong’o, who played opposite Chadwick Boseman as his love interest in the 2018 blockbuster Black Panther, has paid tribute to Chadwick Boseman following his death at age 43 after a battle with colon cancer. She wrote, “I write these words from a place of hopelessness, to honor a man who had great hope. I am struggling to think and speak about my friend, Chadwick Boseman, in the past tense. It doesn’t make sense. The news of his passing is a punch to my gut every morning.”

Two-time Olympic champion Caster Semenya has lost an appeal against the restriction of testosterone in female athletes, it was announced Tuesday.

Under World Athletics guidelines introduced last year, Semenya would have to take testosterone-reducing drugs in order to compete in races from 400m to a mile, which the 29-year-old has chosen not to do.

Switzerland’s Federal Supreme Court dismissed Semenya’s appeal, upholding the ruling made by the Court of Arbitration for Sport (CAS) last year regarding female runners, like Semenya, with differences of sexual development (DSD).

“Chills my people, a man can change the rules but the very same man cannot rule my life,” Semenya wrote on Twitter after the ruling was announced.