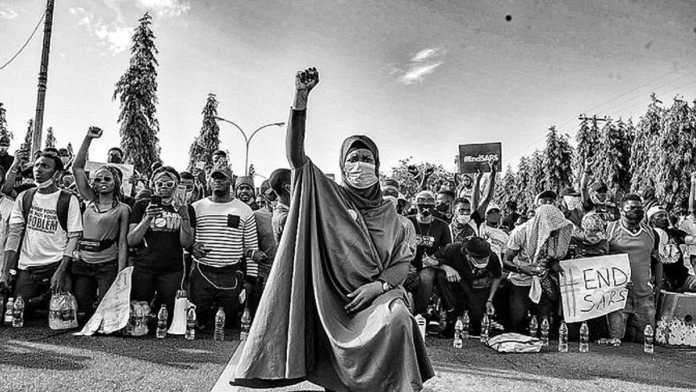 With the rising trend in trending hashtags and street protests. It seems young African citizens have ‘found’ their voice and are determined to make the most of it.

With the #EndSARS in Nigeria, #ShutItAllDown in Namibia, one thing is common. The youth can not be silenced, at least not without a fight.

But what can we say about this new found trend?

Is it really achieving the purpose for which any of these movements were started or is it just a mere activity that only gives the young people some sense of progress or responsibility? It can be both. Do we have an idea of the process it would take to execute what we ask for? Or do we think that by just protesting, it will be done as it is. While we answer this, let’s bear in mind that when leaders put their people first it is obvious. We will not need to carry placards and cardboards to go on the streets to protest.

Our voices can be channeled properly and put in good use. We can get involved in decision-making, amplify injustice where we see one and speak for those who can’t.

Words are powerful and must be used properly.

A switch in the ecosystem

There is a shift happening and if you’re sensitive enough, you’ll realize that the reason we can speak boldly now is because the environment enables us to do so. The tides are in the favour of the next generation of leaders who would dare be bold to take on responsibilities, leaders who want to live better, leaders who have a higher standard of excellence.

It will be great to see what this nearest future will be like.

But then, how prepared are we for the responsibilities that is definitely coming to us?