Y! For Africa Focused on Emerging Leaders and Culture Shapers
Home 54° Across Africa AfDB sets up independent investigation into its president | #54DegreesAcrossAfrica 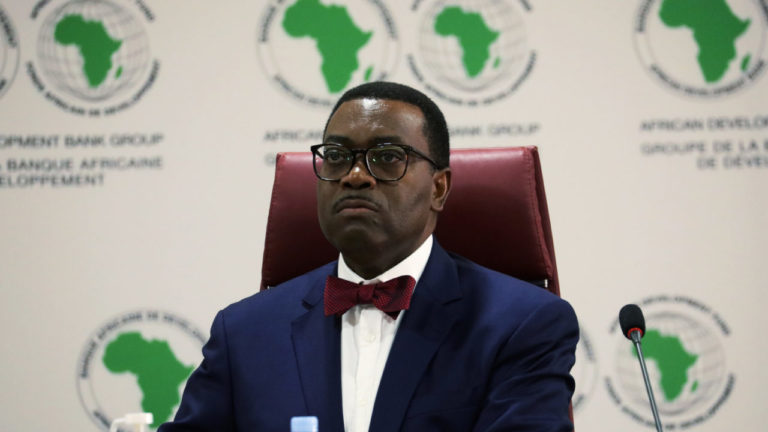 The African Development Bank (AfDB) announced Thursday evening, the launch of an independent investigation into allegations against its president, Akinwumi Adesina, the only candidate for re-election to a new term.

Go deeper: The United States had discredited a previous internal investigation by the Abidjan-based pan-African development bank that had totally exonerated Adesina from serious accusations made by a group of “whistleblowers” insinuating Akinwunmi had exhibited “unethical behaviour, personal enrichment and favouritism”.

In a detailed report, the “whistleblowers” accuse him of favouritism in many senior appointments, especially of Nigerian compatriots, of appointing or promoting people suspected or convicted of fraud or corruption, and of granting them comfortable severance packages without sanction.

Go deeper: In less than three months, the number of reported cases rose from one to more than 6,500 in early June, with more than 200 deaths out of a population of more than 25 million.

Cameroon did not close its land, air and sea borders until March 18, 12 days after the index case and weeks after many other African countries. It limited the number of people allowed in the gatherings to 50, while others set it at 10.

Go deeper: Garang was appointed in March when Kiir re-appointed the then opposition leader, Riek Machar, under the terms of the agreement. Garang said the security situation in the country was worsening.

Communal violence in which hundreds have been killed in Bhar-el-Gazal, Equatoria, Upper Nile, Abyei, Greater Pibor and Rweng were linked to “dismal failure to implement the security arrangements” in the peace deal.

South Africa’s ruling African National Congress (ANC) will Friday, launch an anti-racism campaign. It will be in solidarity with protests in the US that were sparked by the death of African-American George Floyd in police custody last month.

Go deeper: The Black Friday campaign will call on South Africans to wear black every Friday for an unspecified period of time. It will also highlight the racism and police brutality in South Africa.

The campaign will be launched by President Cyril Ramaphosa, the party said in a statement.

Kenyatta strips his deputy of powers

Go deeper: The presidency has changed its name to the executive office of the president. But some say it means President Kenyatta will no longer seek his deputy’s approval on important state affairs.

The deputy president may also lose direct funding to his office and power to appoint his staff. The head of public service has already alerted the finance ministry of the changes ahead of next week’s reading of the national budget.