Y! For Africa Focused on Emerging Leaders and Culture Shapers
Home 54° Across Africa Benin: President Patrice Talon sworn in, Pitso Mosimane breaks down after ‘cold reception’ at Sundowns | 5 Things That Should Matter Today 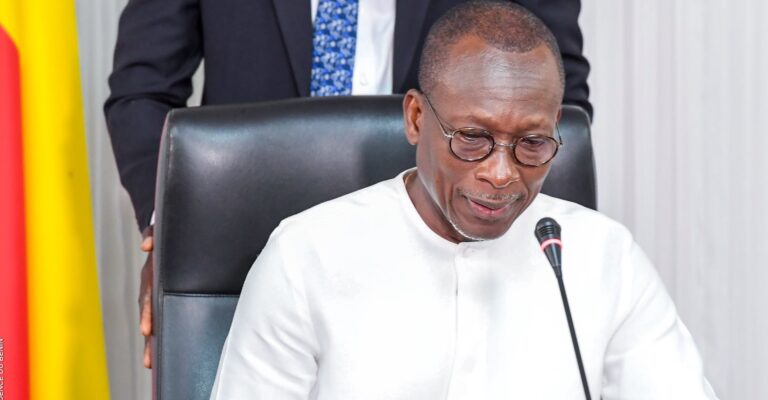 Re-elected Benin President, Patrice Talon, has been sworn in; disclosing on Friday, 21st May that he saw no need for a pardon or amnesty for opponents arrested following violence during the electoral campaign – Africa News reports

Talon had won 86.3 per cent in the April 11 ballot, which many critics have described as biased and in his favour after a crackdown on opposition leaders left most of them exiled or disqualified from running.

Pitso Mosimane breaks down after ‘cold reception’ at Sundowns

The coaching hero of the club who won a CAF Champions League and the Premier Soccer League for his team, couldn’t contain his emotions as he spoke with the Press after a 3-1 aggregate win against his former team.

Antony Blinken, U.S. Secretary of State disclosed in a statement on Sunday, 23rd May, that the new actions by the United States are to press for a resolution of the crisis: “The time for action from the international community is now.”

Residents in the Democratic Republic of Congo returned to destroyed houses after a large volcano erupted, many are still searching for missing loved ones – BBC Africa reports

Mount Nyiragongo spewed out a river of lava on Saturday, 22nd May, but stopped short of Goma, a city of two million people south of the volcano.

According to authorities, at least 15 deaths have been confirmed, but the number is likely to rise as officials reach the hardest-hit areas.

Historic drought, sandstorms caused by deforestation and the economic effects of the COVID-19 pandemic have affected southern Madagascar into region’s worst nutrition crisis in decades – All Africa reports

According to reports, some 74,000 children are acutely malnourished.

It is estimated that more than a million people face hunger in the country’s worst drought in 40 years. An immediate and massive increase in food aid is urgently needed for the region, says Médecins Sans Frontières.