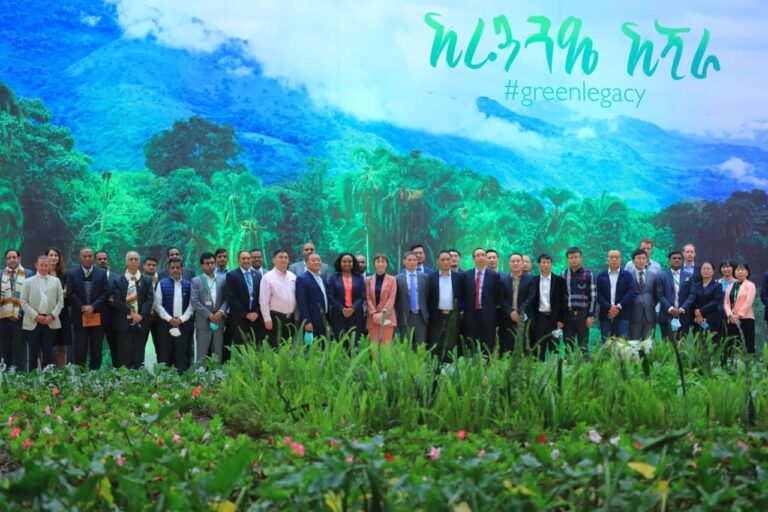 Ethiopian CEO of Industrial Parks Development Corporation (IPDC), Lelise Neme has joined in the #visionforprosperity movement in Ethiopia by actively supporting and calling for attention for the movement with her social media profiles.

For the past week, Lelise has been steadily keeping up with the news as can be seen on her Twitter page, with her retweet of Ethiopia making its historical headline as its council of ministers decided to permit ECA (Ethiopian Communications Authority) in granting a new national telecom license to Global Partnership for Ethiopia.

With this deal summing up to eight billion dollars in investment, it’s easily the single largest FDI (Foreign Direct Investment) in Ethiopia.

#Ethiopia 🇪🇹#Ethiopia’s #VisionForProsperity is anchored in enabling access to clean water for all Ethiopians; connecting households to electrical grids and enhancing food security through irrigation schemes. Here are a few milestones of the past three years: pic.twitter.com/4A4hwrZqny

“#Ethiopia ?? #Ethiopia’s #VisionForProsperity is anchored in enabling access to clean water for all Ethiopians; connecting households to electrical grids and enhancing food security through irrigation schemes.” Lelise posted on her Twitter page today with a list of the milestones which Ethiopia has conquered in the past three years.

It is without a doubt that Ethiopia is one of the most leading African countries in the continent and with the #visionforprosperity agenda, the country’s progress only seems to be elevating. Having Lelise Neme, who is currently a member in the leadership of the Oromia Democrat Party before serving as the Director-General at Oromia Industrial Development Agency onboard only guarantees the success and increase in achievement rate towards making the citizens in Ethiopia live a comfortable life.

Lelise has proven to be a force to reckon with in Ethiopia’s investment and financial space, with many outstanding recognitions and awards.

Lelise is also listed in Y! Africa’s most inspiring young persons on the continent