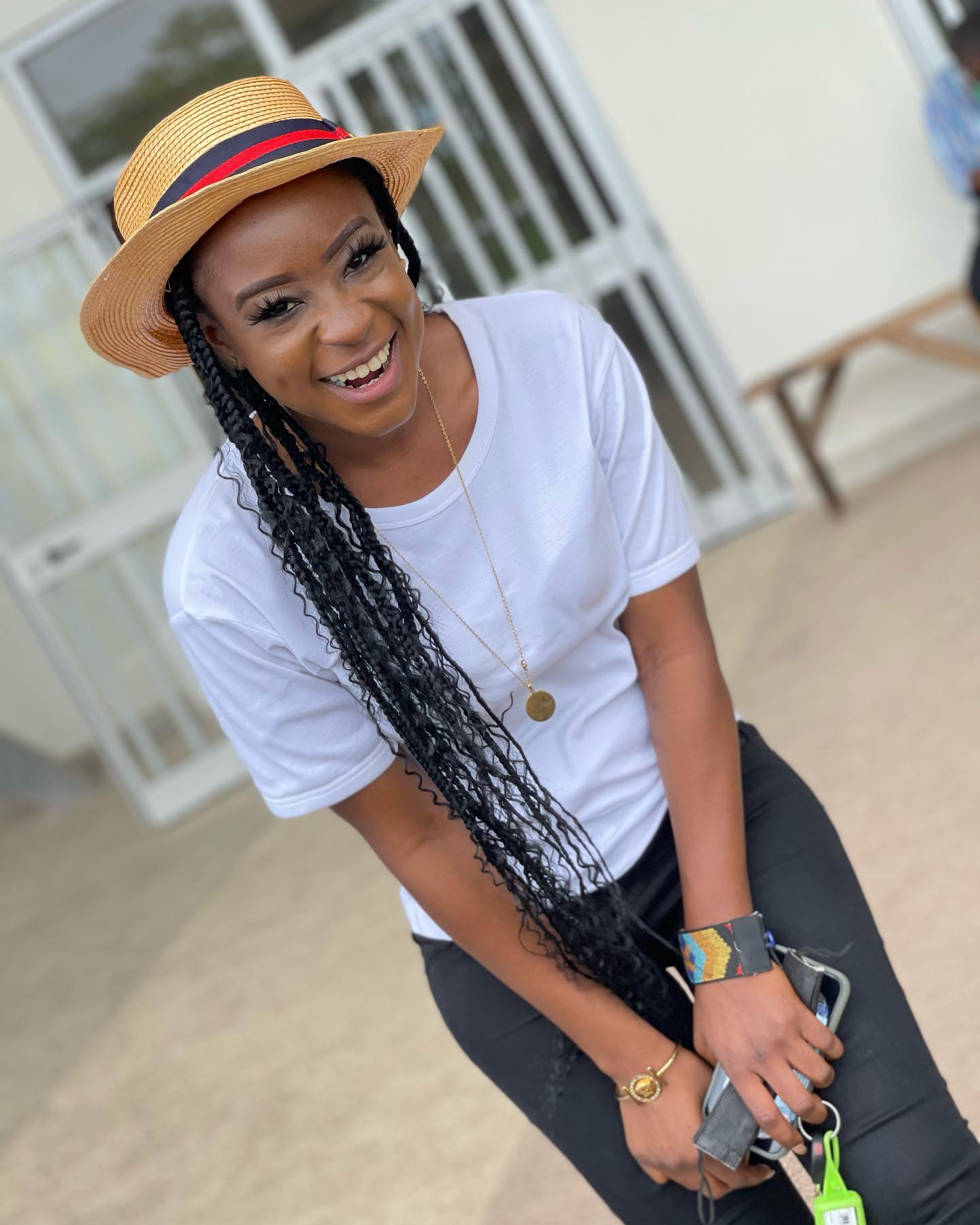 Four weeks ago, Onyama Laura was listed as one of the ten most influential actors in Cameroon by Nexdim Empire. This is about the same time Laura had gone home with the price of the Best Cameroon Actress at the prestigious Cameroon International Film Festival (CAMIFF) for the film, Saving Mbango – a film where she falls in love with ‘John’ who had complications in his life but was trivialised by what ‘Mbango’ herself was going through.

Laura is also listed as one of the most powerful Cameroonians in the film category by Wikipedia.

Onyama Laura Anyeni was born in 1992 in Buea, Cameroon. She studied Linguistics at the University of Buea. She debuted her career in 2011 with Rain by Chando Daniel (2011). She has played salient roles in Rebel Pilgrim by Chinepoh Cosson, CRTV series Rumble by Billybob Ndive, Kiss of the death by Musing Derrick, Ward Zee by Itambi Delphine, Dirt Roads by Enah Johnscott, Stripped by Enah Johnscott, Church street by Nkanya Nkwai, Heavy Rain, Saving Mbango by Nkanya Nkwai and multiple award-winning movie The Fisherman’s Diary.

She emerged Best Cameroonian actress at Ecrans Noirs Film Festival 2016. In 2017, she won Best Actress awards at CAMIFF and as already mentioned, CAMIFF 2021 as Best Actress in Saving Mbango.

She is the President of National Actors’ Guild of Cameroon, Limbe branch (NAGCAM).

Onyama Laura Anyoni is a talented Cameroonian actor breaking boundaries and carving her niche in the industry. Apart from being an actor, she is a makeup artist.

“Acting is my passion, and I feel so alive when the camera is rolling. My happiest moment is when am on set,” Laura once said.