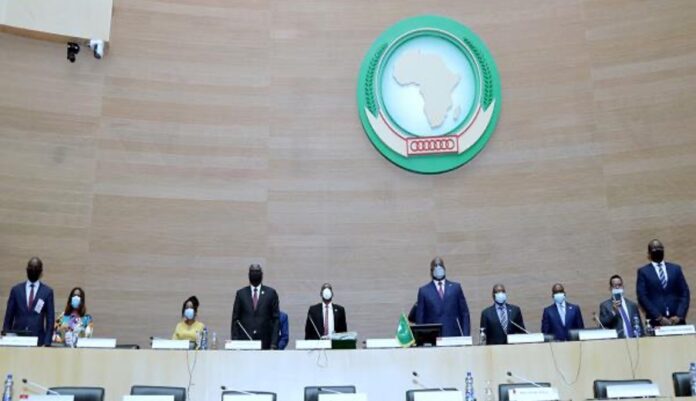 At last weekend’s African Union Summit holding almost a year after the first case of coronavirus was reported in Egypt, discussions centered around the pandemic.

Although the death toll on the continent is relatively low when compared with other continents, many African countries are left in fear of a second and more serious wave.

According to outgoing AU Chairman and President of South Africa, Cyril Ramaphosa, the continent faces an unprecedented social and economic crisis because of the pandemic. He stressed that despite IMF and World Bank support, access to loans on favourable terms are needed.

2. SA Women resort to firearms in fight against rape and murder surge

A recent investigation has revealed that more women are currently learning how to use a gun as a means of protection in Johannesburg, with reports indicating that a woman is murdered or raped every three hours.

South Africa is among the most violent countries on the planet, and its homicide rates are constantly increasing.

3. AU will become stale if it is not result-oriented – Buhari

Nigeria’s President, Muhammadu Buhari has warned that the African Union (AU) could become stale if it is not result-oriented.

The president made this known during an intervention at the ongoing two-day 34th Virtual Summit of the AU.

He also called for a comprehensive reform of the structures and operations of the organisation so as to make it more functional in meeting targets.

President of the Democratic Republic of Congo, Félix Tshisekedi, has now taken over the mantle of leadership from South Africa’s Ramaphosa to lead as Chairman of the African Union for one year.

The handover happened at the AU’s 34th Summit on Saturday, 6th February.

Tshisekedi however, is likely to face big challenges this year, with the coronavirus pandemic hitting health services and economies in Africa hard.

The Democratic Republic of Congo (DRC) has announced a fresh case of the deadly Ebola virus, three months after the endemic was declared over in the country.

The country’s ministry of health announced this development on Sunday, 7th February. It stated that the patient who contracted the virus in Butembo; a city in North Kivu province and has since died.