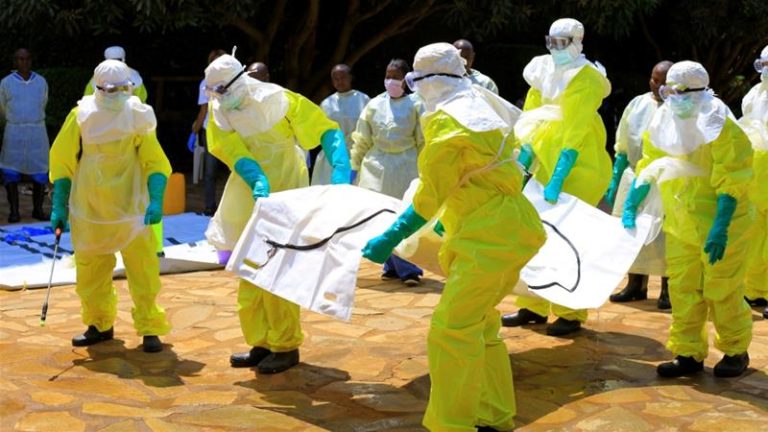 The Democratic Republic of Congo has begun administering Ebola vaccinations in the north-east of the country in an effort to stop the spread of the virus which resurfaced in the country recently.

Backstory: A new outbreak in Mbandaka, the capital of Equateur province, announced on May 31, is Congo’s 11th outbreak. Six people have died of the much-feared hemorrhagic virus since June 1.

The outbreak coincides with a waning epidemic in the east of the country where 2,280 have died since August 1, 2018. More than 300,000 people have already been immunised in the eastern outbreak, using two novel vaccines.

Malawi’s Electoral Commission has set June 23 as the date for a fresh presidential election, after President Peter Mutharika‘s re-election last year was nullified by the courts.

Backstory: The Constitutional Court had in February ordered a fresh presidential election be held within 150 days – a ruling upheld by the Supreme Court.

What this means: The June 23 election rerun will hardly move the hands of Africa’s more authoritarian administrations to do better. It could possibly initiate further instability in Malawi itself.

Africa was already hoping to celebrate the fact that democracy is being embraced but we see how it’s all going back to the old normal. This comes as former liberation movements see their support base eroding, and some governments look to “managed democracies” like Russia, or even to China, for inspiration.

The Burundi government spokesperson Prosper Ntahorwamiye has said they are still “consulting the constitutional court” on the succession of Pierre Nkurunziza, who died recently, according to the BBC.

He said the court is “studying the power vacancy” and “will take a few days“.

Go deeper: The country is yet to decide who is going to take over, even when Nkurunziza was set to hand over to president-elect, Major General Evariste Ndayishimiye in August.

According to the constitution, if the head of state dies in office then the speaker of the national assembly, currently Pascal Nyabenda, should succeed him.

‘They said they were tortured, Police have charged them for lying’

Zimbabwe Police have charged an opposition Member of Parliament and two activists with lying about being tortured in custody.

The three women – Joana Mamombe, Cecilia Chimbiri and Netsai Marova – had been arrested and charged over their participation in a protest rally in May.

Backstory: A spokeswoman for Zimbabwe’s opposition, Fadzai Mahere of the Movement for Democratic Change Alliance, said the three were re-arrested while visiting their lawyer to talk about that case.

South Africa: Schools for pupils in certain grades have reopened after two and a half months of home-schooling to limit the spread of coronavirus.

Kenya: The government faces tough decisions in opening up the economy while keeping Covid-19 under control and avoiding a collapse of its health system.

Sierra Leone: Megaphones are being used by a group of volunteers to inform a fishing community about the dangers of coronavirus.

Ethiopia: The upper house of parliament has agreed to extend the prime minster and government’s term in office beyond October because elections have been delayed due to the coronavirus.