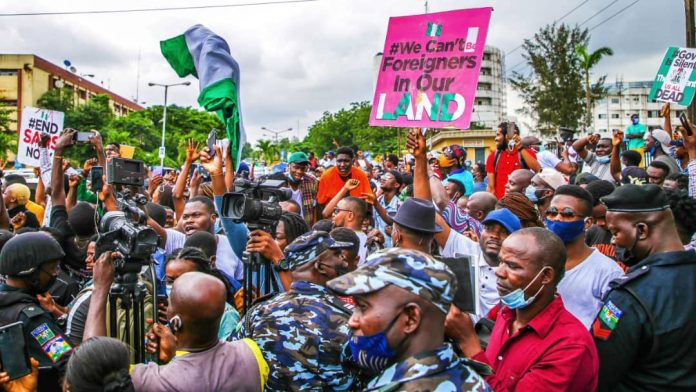 Police brutality is a daunting problem and has been a really disturbing issue for Nigerians for years now. But very recently, young Nigerians across the country decided to put their foot down and stand up against the injustice and excessively violent misconduct of the Special Anti-Robbery Squad (SARS) of the police force. The ensuing protest has sparked numerous conversations all over the world leaving many to wonder why the prejudice being experienced in Nigeria ever got to this level.

Since the start of the pandemic, Africa has recorded a much lower rate of Covid-19 infections and by extension a lower rate of fatalities. Originally thought to be because of substandard testing procedures, experts are now identifying other reasons why the disease has not been as disastrous for Africans as it has for other continents, which by the way have far more responsive health care systems. Among the list of reasons were; quick action, public supports, a higher level of younger generation in contrast to elders, favorable climate, and interestingly enough, good community health system.

Time is this generation’s most valuable asset

As a result of the advent of laser speed technology, our generation have developed a far shorter attention span than the older generation. Gone are the days of one thing at a time, now, a person can have a browser tab, a Microsoft document and an excel sheet opened all at the same time, while also responding to WhatsApp messages. The question here is, how equipped is an analogue generation to teach a digital one.

Sports, a booming business for Africa

Reports from recent years on how sports is doing in Africa, boosts some encouraging and impressive numbers. Just to list a few South Africa’s e-commerce Sports & Outdoor segment projected 2020 revenue is $429m with an estimated 11.6% annual growth rate through 2024. While Kenyan and Ethiopian runners have long dominated marathons globally, local marathons are skyrocketing in popularity. The Lagos City Marathon had just 50,000 registered participants in 2016, but by 2020 this number grew to 150,000. These reports spot an upward trend in sports in Africa, and it iterates how willing Africans are to accept sports. All that remains is investing the right amount of resources in sport projects.

In an attempt to find a cure for the then rampant sleeping sickness that plagued thousands of Africans, a now widely celebrated biologist, Robert Koch, travelled to Africa with his wife, not necessarily with the intent to save dying Africans, but to protect western interest in the form of African labour. What he did while in Africa is difficult to discuss, but to put it simply, he ran concentration camps, where he tested violent drugs on a vulnerable people. However, most of the records containing his exploits including his Wikipedia page, fails to mention this. They cite his research with tuberculosis and his other admirable achievements and move on.