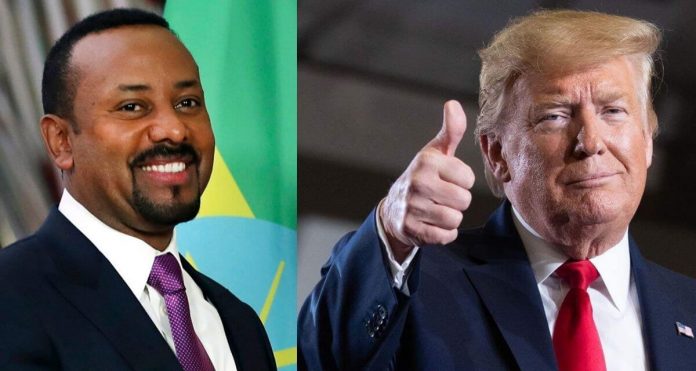 The ongoing tension between Ethiopia and Egypt over the Nile river has gotten to the point of needed international intervention. One one hand, Ethiopia wants to build a dam. It’s proposed architecture boasts that it would be the biggest hydro-electric dam in all of Africa. On the other hand, Egypt has deduced that the building of such a massive structure will interrupt the water supply to the country. And, US President Donald Trump who is both an ally of Egypt and Ethiopia seems to side with Egypt on this one. The US President even stated “They’ll blow up that dam. And they have to do something.. . . They should have stopped it long before it was started.” They referring to Egypt.

Extremist groups should not be taken for granted

The rapid rate at which extremist groups all over Africa are emerging is becoming alarming. In the past few months during the shut down, some of these groups have seen a spike in its operations with some of them recording success. The seizure of the strategic Mozambique city of Mocimboa da Praia after days of fighting, by Ahlu Sunnah Wa-Jama, a militant group linked to the Islamic State, is proof that these groups are getting better organised, and this trend may be becoming prevalent all across Africa.

US elections, a cause for concern in Africa

It’s no secret that Africa is a continent riddled with numerous socio-economic and political issues, and so it would be right to assume that we have too much on our plate to be worried about external affairs. However, the issues we have on ground just became significantly more pressing owing to an event that is not even indigenous. The US elections concluding next month is of course a big concern to Africa. The convenience and benefits of foreign polices and international relations with the world’s most prominent super power for the next four years is largely dependent on who wins the election.

Africa in the forefront of The Ban Treaty

The general misconception of Africans in the nuclear weapon playing field is one of victimisation. People don’t often include Africa in the nuclear weapon’s conversation, unless of course they are talking about nuke test sites. But the larger picture which is yet to be seen and really under appreciated is that Africa more than any other continent is adhering to the Pelindaba Treaty, which declared Africa a nuclear-free zone on April 11, 1996. The more recent global Ban Treaty of 2017, a Treaty on the Prohibition of Nuclear Weapons was adopted to disable all nuclear weapons in the world. However, Africa has been on these forefront for much longer than that.

#EndSARS, an parameter of a failed system

Nothing threatens the growth of a nation like insecurity. With insecurity comes a lot of tension and desperation, and these qualities deteriorates an economy in unique ways. However, when the insecurity being felt by a people is being perpetrated by the actual law enforcement agency of the country, unique doesn’t even scratch the surface of the sort of economic issues that arise. And such corruption within a police system can only be the fault of a higher hierarchy, which in this case is the government.