Y! For Africa Focused on Emerging Leaders and Culture Shapers
Home 54° Across Africa Female politicians need to be twice the man to win a seat + Other best reads of the week 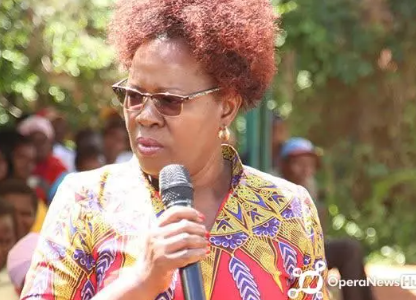 The political arena in Africa has always been particularly unfavourable for women, based on some gender specific obstacles, such as stereotypical propaganda, access to finance, minimal support from the public, public humiliation, and threats of physical-sexual violence. Fortunately, Alice Wahome, a Kenyan politician who is serving her second term in the Kandara constituency parliamentary seat, managed to beat these odds.

Mozambique rebels may just be the friends of the people

Fighting insurgency can be tricky, especially when the masses identify more with the rebels than they do with the government. This has been the case for Mozambique, as poverty, extrajudicial killings and intimidation tactics by the government has made the masses more sympathetic to the country’s rebels cause.

It’s no secret how much the Covid-19 pandemic is affecting the world. An already economically strained continent finds itself battling a unique health and economic crises. But for the people of Zimbabwe it takes a different turn, as slave wages have made medical front line workers go on strike. Nurses all over the country are refusing to work because of their unreasonable pay, and this might have astronomical effects on their health sector if the government refuses to listen to them.

Where there is water, there is life, a popular belief those living in coastal nations can attest to. For the people of Ethiopia, the blue Nile which sits in the Nile’s main tributary, is been planned to be used to build a huge hydro-electric plant. Unfortunately, this same river, is the primary source of water for over 100 million Egyptians. Now these two nations must decide how to manage this resource among themselves in the most civil and fair manner possibly.

Truth about Covid-19 in Nigeria to be revealed soon

Since the lock down began in Nigeria, there have been a few skeptics who are of the opinion that the Coronavirus is not as legitimate or even present as governments claim it is. This disbelieve stems from years of false narratives from Nigerian governments, and people just have less reason each day to trust them. But recently, BBC announced that they would be releasing an in-depth look into the isolation centers in Lagos, and people can’t seem to wait.