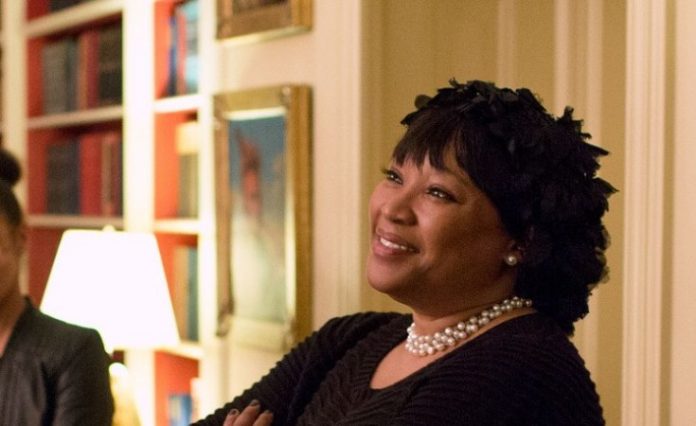 Zindi Mandela distinguished herself through a speech given on behalf of her father in 1985, challenging the South African apartheid and rallying black South African towards demanding equity and freedom for themselves and for her father. Her death comes just two years after her mother Winnie Mandela’s death.

Other details: Zindzi, 59, died in a Johannesburg hospital; causes yet unknown.

After her father was elected president, Zindzi was chosen to accompany him to his inauguration and become the stand in First Lady of South Africa until her father remarried.

The talks dwelt on “reviewing measures to secure the liberated areas,” said a statement by al-Sarraj’s office.

The meeting also took up the “reorganisation of the military institution and mechanisms of implementing programs of integrating the supporting military formations and enhancing the defense capabilities of the Libyan army within partnership programs with a number of friendly countries,” it said.

Why this matters: Since 2015, there have been many political developments in Libya. The United Nations brokered a cease-fire in December 2015, and on March 31, 2016, the leaders of a new UN-supported “unity government” arrived in Tripoli. As of August 22, the unity government still had not received the approval of Khalifa Haftar’s supporters in the Tobruk government, and on September 11, the general boosted his political leverage by seizing control of two key oil terminals. Haftar and the NOC then reached an agreement for increasing oil production and exports, and all nine of Libya’s major oil terminals were operating again in January 2017.

In February 2019, the Libyan National Army (LNA), registered by Haftar, achieved victory in the Battle of Derna. The LNA then launched a major offensive in April 2019 in an attempt to seize Tripoli.

Now, several countries have interests in the war-torn country and the expanded presence of Russian private military contractors in and around major oil installations is the latest gambit in a much larger competition between Turkey and Russia (and respective allies) being played out across the Middle East and North Africa. Control over oil resources will have a major influence on the trajectory of Libyan conflict, now entering its 10th year. If the GNA and its allies are able to take control over the country’s major oil infrastructure, they will effectively control 60 percent of the country’s GDP and 95 percent of all exports. Under such a scenario, the eastern-based government and the Libyan Arab Armed Forces (LAAF) controlled by Haftar could be financially strangled.

After more than 30 years of Islamist rule, Sudan will allow non-Muslims to consume alcohol and has scrapped laws that had made apostasy potentially punishable by death, the country’s Justice Minister Nasredeen Abdulbari said.

The changes come a year after Islamist autocrat Omar al-Bashir was ousted following mass protests against his three-decade rule.

Sudan now “allows non-Muslims to consume alcohol on the condition it doesn’t disturb the peace and they don’t do so in public,” Abdulbari said in an interview Saturday evening on state television.

Go deeper: Non-Muslims are now allowed to consume alcohol in private, however the ban on Muslim drinking remains, and non-Muslims could still be punished if they are caught drinking with Muslims. Until now, anyone convicted of renouncing Islam, or apostasy, could face the death penalty.

The imposition of strict Islamist laws in the 1980s was a key factor in the long-running civil war which eventually led to independence for South Sudan, where the majority of people are Christian or follow traditional religions.

At least 10 women have officially reported their claims, according to Nihad Abuel-Komsan, of the women’s rights center. Activists also set up the Instagram account @assaultpolice to collect allegations, said Sabah Khodir, a U.S.-based writer who helps run the account. She said there are more than 100 accounts.

Go deeper: Sexual assault and harassment are deep-seated problems in Egypt, where victims must also fight the undercurrent of a conservative culture that typically ties female chastity to a family’s reputation. In courts, the burden of proof lies heavily on the victim of such crimes.

This is a continental problem and the culture of stereotypes is making it difficult for victims to speak out. The culture also leaves room for most of the blame to go to women.

A well-researched concept paper reveals that the plight of children, arising from the COVID-19 pandemic was overwhelming.

Two Malagasy lawmakers, one member of the senate and one deputy, have died after contracting coronavirus, President Andry Rajoelina is reported to have announced on Sunday.

South Africa has introduced new restrictions, including another ban on alcohol sales, to help contain the spread of coronavirus.

Madagascar has reimposed a lockdown in its central region, which includes its capital Antananarivo, in an effort to tackle an increase in coronavirus cases in the city, according to the country’s government.