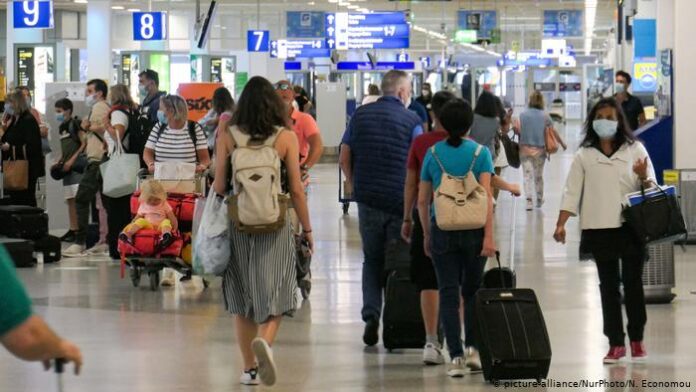 There had been discussion in recent days of a potential third lockdown in France. Castex called the border closure “a last chance” to avoid another lockdown.

COVID-19 vaccinations in Algeria have officially begun. Algeria experienced a symbolic launch on Saturday, 30 January 2021, with the COVID-19 vaccination campaign as the first dose of Russia’s Sputnik V vaccine was given to a 65-year-old retiree at a health unit in the town Bilda situated at about 40 kilometres southwest of the capital, Algiers.

Locals had earlier expressed their frustration by repeated broken promises of an imminent vaccine rollout amid growing concerns about President Abdelmadjid Tebboune who has been in Germany since early January for treatment of coronavirus-related complications.

Demonstrators from Muizenberg, Fish Hoek and Blouberg flooded the beach to call for the reopening of beaches and other public places in Cape Town

No arrest was however made in the wake of the protest. One of the beach protest organisers Clay Wilson said, “I’m hoping that we get people to feel like they have a voice. There are a lot of upset people out there and we hope this helps to appease that.”

4. Second Round of Votes for Niger Republic’s Presidential Election

A ruling pronounced on Sunday, 31 January 2021 by Niger’s Constitutional Court confirmed that a second round of the presidential election is to be held on February 21.

According to the court, no candidate had obtained an absolute majority of votes in the first round” — whose annulment, partial or total cancellation claimed by opposition candidates was rejected by the Court.

Adama Barrow, Gambia’s President launched his own political party, the National People’s Party (NPP) on Saturday, 30 January 2021 to support his candidacy for the presidential election scheduled for December 4.

In a nation-wide broadcast of the launch, a large crowd of delegates and supporters gathered at the Independence Stadium in Bakau to support the president. The 55-year-old politician said the NPP “is the party of all categories, based on the notion of true democratic and patriotic citizenship.”