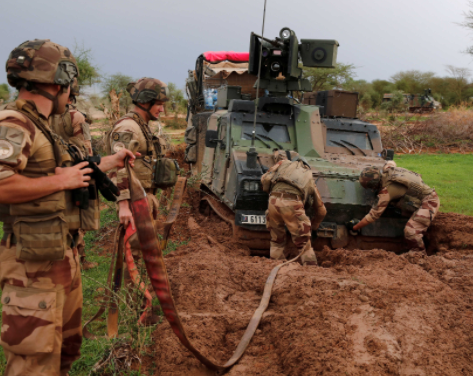 Across the 54 countries on the continent, here are 5 things that should matter today:

This development follows the suspension of Mali from the African Union, and suspension from ECOWAS.
– BBC Africa

The scandal referred to as “state capture” which points to the Gupta family members being accused of bribing politicians to advance their business in South Africa has reached new heights.

The family is alleged to be connected with a procurement fraud scheme amounting to $1.8m (£1.25m) involving the diversion of money earmarked for rural development.

This has prompted the South African government to solicit the help of Interpol in arresting members of the Gupta family.
– BBC Africa

Ugandan Law course to be scraped

Calls to scrap the bar course in Uganda intensifies owing to a 90.1% fail rate of the 2019/2020 academic year in Uganda.

Of the 1474 students that took the exam only 145 students managed to hit the pass mark, while 1329 students failed.

This has led to questioning of the bar course and the competence of the Law Development Centre (LDC), the sole provider of the postgraduate diploma in legal practice. And there is now consideration to scrap the course.
– Africa News

Another Nigerian student raped and killed

On Thursday, men of the Nigerian Police Force disclosed that, Blessing Olajide a 300 level student of Agricultural Science in the University of Ilorin was raped and killed. They further disclosed that she was killed at her residence at Tanke area of Ilorin.

Mr Ajayi Okasanmi, spokesperson of the police in the state, in his statement on Thursday noted that the deceased “was lying dead on the floor when neighbours entered her apartment and saw her with her two hands tied to the back, and mouth gagged”.

“Also a note, said to have been written on a piece of paper was placed on her chest containing a message, ‘Unilorin doesn’t forgive’.” PremiumTimes

In response to the deleted tweet of the President of Nigeria, Nigeria’s Minister of Information and Culture, Lai Mohammed, has criticised Twitter stating that:

“Twitter may have its own rules, it’s not a universal rule. If Mr. President anywhere in the world feels very bad and concerned of a situation, he is free to express such views”

He also added: “When people were burning police stations and killing policemen in Nigeria during #EndSARS, for Twitter it was about the right to protest. But when a similar thing happened on the Capitol, it became insurrection.”
– Africa News