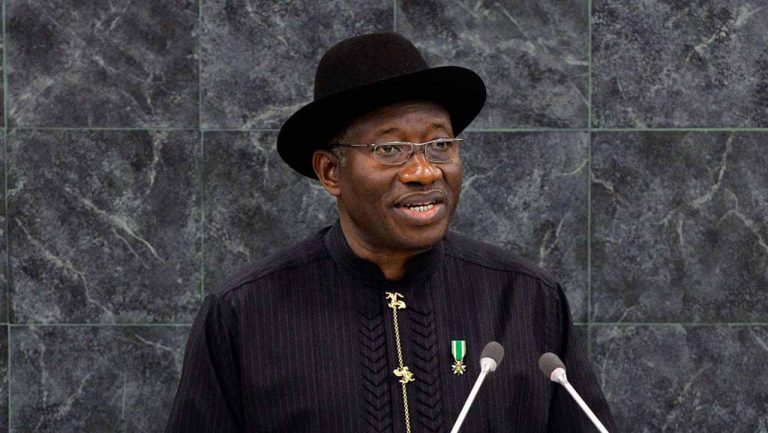 Former Nigerian President, Goodluck Jonathan, has been appointed a special envoy by the regional Economic Community for West African States (ECOWAS); to help mediate in Mali’s political crisis. Jonathan’s reputation as an elder stateman was cemented by his now commended handling of the 2015 elections which saw him facilitate the first civilian to civilian government handover between opposition parties.

Goodluck is expected to mediate between the embattled president Ibrahim Boubacar Keïta, opposition leaders, civil society actors as well as other major stakeholders as the crisis continues to deepen.

His appointment was announced by Jean-Claude Kassi Brou, chairperson of the ECOWAS commission. The bloc has last month dispatched a mission to meet with President Keita.

Go deeper: The crisis in Mali has deepened with eleven deaths in the protests. The protesters say they simply want President Keïta to step down. Their demands are centered mainly on insecurity and disputed elections.

The unrest shows there are elements deeply dissatisfied with his leadership.

According to AFP, internet connectivity has been partially restored in Ethiopia two weeks after all access was cut off.

Go deeper: This latest round of internet shutdown which began on June 30 was sparked by unrest following the death of political activist and musician, Hachalu Hundessa, who was quite a powerful voice about the rights of the Oromo people, Ethiopia’s largest ethnic group.  Ethiopia routinely denies its citizens access to internet connectivity at least twice a year, a violation of human rights as enshrined by the United Nations.

A province in the Oromia region was without internet connectivity from January till March early this year.

State-owned Ethio Telecom often resorts to shutdowns during unrest in the country. Prime Minister Abiy Ahmed has plans in place to break this monopoly and open up the sector but time will tell what effect this will have in keeping Ethiopians online whether there are unrest or not.

PM Abiy’s spokeswoman defended the outage last week in an interview with the BBC, “And if the internet is being used by certain forces to spread hate speech and vitriol, that is perpetuating and initiating ethnic, religious and communal violence, then ensuring human security supersedes.”

After more than 10 years of relative calm, poachers have returned to the Karamoja subregion, in northeastern Uganda.

The poachers took advantage of the conflict in South Sudan and the anarchy in north-west Kenya to stock up on weapons. Now, shepherds have to deal with this revived headache – as they now live in fear and have had to move their animals near army posts to protect themselves.

Go deeper: These cows have been at the heart of conflicts in the region for years. More than 200 people were killed in the raids, including 68 in June alone. The Ugandan army has said it will step up operations to hunt and disarm these attackers.

Herders now only keep small animals – goats and sheep. A raid unleashes an attack of revenge, then an endless cycle of violence hits an area that is already the least developed in Uganda.

Human rights defenders, for their part, denounce the carelessness of the public authorities on the issue and their unwillingness to provide adequate protections of animal rearers.

The presidency’s office confirmed that the head of government submitted his resignation on Wednesday morning, following pressure from members of parliament over a developing financial scandal where he has been mentioned.

He has denied the allegations of corruption and has previously said he would step down if an ongoing investigation showed any wrongdoing.

The outgoing Prime Minister lasted six months in office, making it the shortest time in office for a Tunisian political leader.

Malawi President, Lazarus Chakwera has called on citizens to join him in fasting and prayer against the spread and impact of coronavirus in the country.

Rwanda’s Interior Ministry has ordered selected areas in the south-west of the country back into lockdown from Wednesday after a rise in coronavirus cases.

Ethiopian Migrants in Yemen are “scapegoated” as carriers of the coronavirus and suffer exclusion from basic amenities and violence.

Cyril Ramaphosa held his second Presidential Imbizo on Wednesday. Addressing all the standard topics, the head of state stated, at a point, that South Africans ‘must expect their rights to be affected’.