Home 54° Across Africa Guess you didn’t know that grooms kidnapped their brides in parts of...
Facebook
Twitter 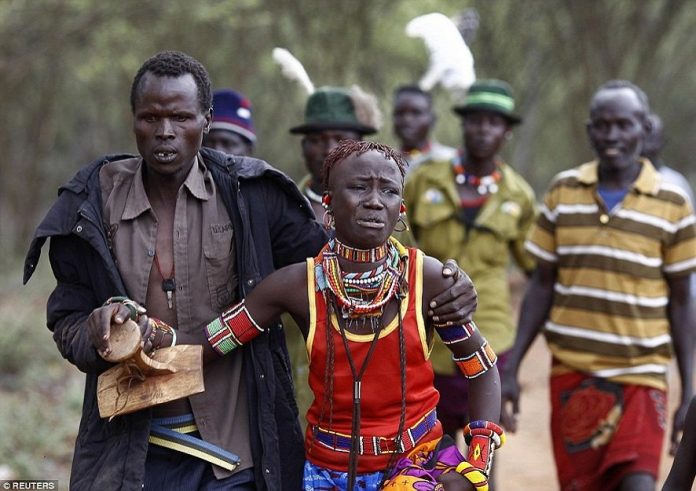 If you visit South Sudan and the Eastern part of the landlocked country in East Africa, you’ll likely come across a small ethnic group living in mountains and settlements – the Latuka tribe.

Commonly referred to as Otuho, they are predominantly farmers keeping large herds of cattle, sheep and goat. They practise subsistence farming, which means everyone farms for himself or his family. They grow crops like groundnuts, sorghum, maize and tubers like yam and potato.

Interestingly, these people have stayed true to their traditional methods and have defied all forms of religious penetration from the white missionaries down to the breeze of Islam which is major in North Africa. And the communal lifestyle is their way of life. They share what they have with one another and there’s no single person in authority, rather a group of elders.

There is no data stating how intense or extensive the beatings take but when a woman is spotted by a man and is kidnapped, it takes away her choice and right to make an input into which man she spends the rest of her life with.

The man kidnaps her and goes along with his relatives to ask for her hand in marriage. With the girl still in his possession, her father is left with a choice on whether or not to agree to the proposal by this suitor. The response of a “yes” or “no” from the father comes with its separate ceremonial activities.

If the father’s response is “no”, the choice is left in the hands of the suitor: he decides whether to return the kidnapped daughter or chooses to go ahead to marry her regardless.

What do you think?