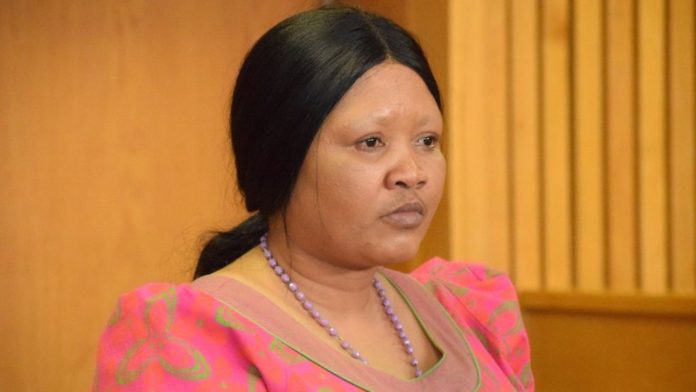 Backstory: Lesotho’s Appeal Court revoked her bail last week on suspicion that procedure was not followed correctly when her bail was granted.

Thabane was transferred to court, and the date for a new bail application was set as June 6.

Maesaiah has been charged with ordering the killing of Lipolelo Thabane, who was shot dead near her home in Lesotho’s capital, Maseru, in June, 2017. Maesaiah was released on bail in February.

Go deeper: The case had been causing growing political instability in Lesotho’s two million population encircled by South Africa before Thomas Thabane resigned as prime minister last month after pressure from his own party.

The couple have denied involvement in the murder.

Journalist unions in Cameroon have condemned the death of their colleague, Samuel Ajiekah Abuwe, known as Wazizi.

Backstory: The broadcaster died Tuesday at the Yaoundé Military Hospital, having been held incommunicado for 300 days. Reports say he was tortured before he died.

Wazizi was arrested in August last year in Buea in the South-West region on charges of complicity with separatist fighters in the troubled Anglophone regions of Cameroon.

Africa needs to do better with freedom of speech: African leaders are now known for trying to shut out the media when it does not suit them. Tens and tens of journalists get missing annually for publishing a story that implicates people in government or stating a fact.

Rugby Africa has cancelled all its competitions for 2020 in a bid to protect the health of both players and their loved ones.

The Rugby Africa Cup had been due to get underway on May 30 but a decision to prioritise players’ health above the continental competition for national teams was taken earlier in the month.

Go deeper: Liberia’s President, George Weah had mentioned earlier that African sports is suffering and something needs to be done about it. We have seen the halt of competitions, both locally and continentally, and the apparent absence of sports in our calendars. This might cause serious adverse effects on African sports if we continue to ignore the signs of an already suffering sports space.

Sudanese protesters have been demonstrating in the capital, Khartoum, demanding justice for dozens of opposition supporters massacred outside army headquarters a year ago.

Demonstrators carried posters of the dead and burned tyres.

The Sudanese Prime Minister Abdalla Hamdok promised that justice would be done, but rights groups say there has been little progress in the investigation.

Go deeper: Activists say nearly 130 protesters were killed by a paramilitary force when it cleared their camp.

The protesters were demanding a swift transition to civilian rule following the ousting of President Omar al-Bashir, who held power for nearly 30 years.

American rapper Rick Ross is reported to have agreed on a deal to tour Uganda for a series of shows, although dates of tour are yet to be announced due to global travel restrictions.

Go deeper: Rick Ross confirmed the visit in a video released via Telecom Company, which is behind his planned trip to Kampala.

It is reported to be a charity concert and part of the proceeds will be channeled towards aiding health workers in the country.

The show titled Uganda Benefit Concert will have other Ugandan artistes performing in a curtain-raising role.