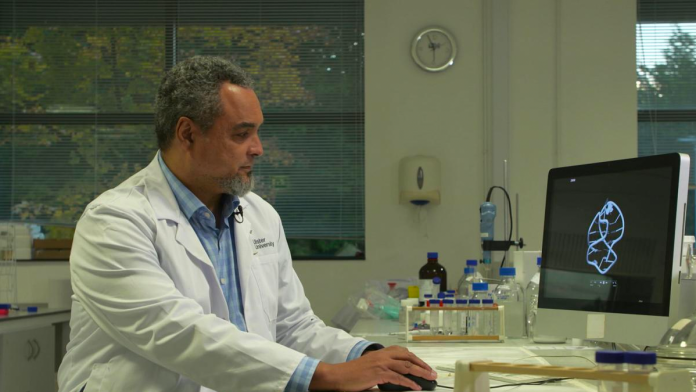 Imagine creating devices made up of DNA material which can then be placed into human bodies to pick up information from the outside. This is what Doctor Mateus Webba Da Silva who was born in Luanda in 1965, is working on accomplishing and while he has been making his mark in the world of DNA research.

Mateus, from a young age had a knack for science. Working and living an hour from Belfast, he remembers the start of his journey with a five-year degree in chemistry in Luanda.

What else do we know about Dr Mateus?

He had this to say in an interview with EuroNews,

“We had a really good library, I spent most of my time going through the library and we had many opportunities to do practical work. The course in Angola in those days was fantastic in terms of our skills experience. I took any opportunity that I got to have a path into science – and that’s what I did.”

He considers what he does in the DNA world as important work:

By interacting, Mateus means creating devices made up of DNA material which can then be placed into human bodies to pick up information from the outside; this is called DNA nanotechnology and is a big focus in today’s scientific world.

Mateus says they are always looking to the future:

Mateus says it’s a very exciting time and had this to say:

What Young Africans can learn from Dr Mateus?

You can figure out what you want from a very young age and if you didn’t, it is not the end of the world.

All your ideas are valid as long as it makes life better and the world a better place.

If you stay long enough in a particular profession that you are passionate about, you have the possibility of being part of great things to happen on this planet.

You can learn to love what you do.