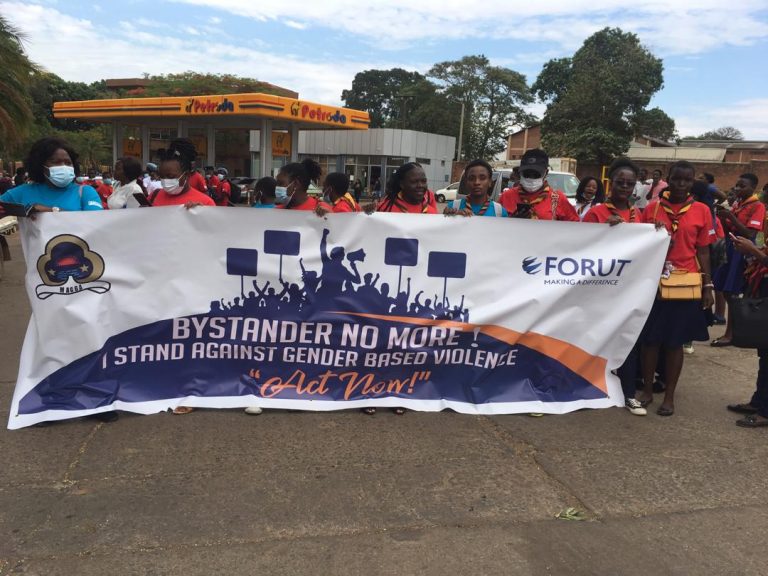 Female professionals working in media and communications in Malawi have staged demonstrations in two different cities to protest against growing incidences of rape, particularly of young children.

Donning purple outfits while carrying placards with messages condemning rape, the women under the umbrella of the Association of Women in Media (Awome), staged demonstrations in the capital, Lilongwe, and the southern city of Blantyre.

A third demonstration failed to take place in the northern city of Mzuzu due to what organisers said were logistical challenges.

In Lilongwe, the women walked for 5km (3 miles), ending up at the city council headquarters, where they presented a petition to the Mayor Juliana Gondwe Kaduya.

The women said in their petition that they have come across heart-breaking stories of what numerous women and girls have gone through at the hands of men who behave as if they have no control over their sexual feelings.

“Women are generally becoming more and more helpless on these issues, even when they are supposed to be protected under both local and international legal instruments,” the petition reads in part.

Sexual violence against women and girls is a big challenge in Malawi, with official statistics showing that more than 400 cases of sexual violence were reported to the police between April and Jun 2020.

Awome has demanded that punishments for perpetrators of sexual violence be increased and that sexual abuse cases be tried in the High Court.

“We want stiffer sentences, up to life as prescribed in the penal code,” the women demanded in their petition, adding those who shield sexual offenders must also be proactively prosecuted according to the law.