Y! For Africa Focused on Emerging Leaders and Culture Shapers
Home 54° Across Africa Queen bees muscle out other women in the workplace + Other best reads of the week 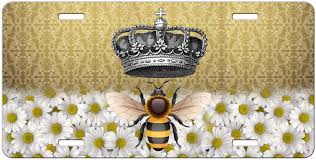 Love. We hardly understand it. But we all know it is among us. We feel it. We show it. We share it. We teach it. It is the same love that has kept Inoussa Bouda and his wife, Alida for more than 20 years even though their families had initially disagreed to interfaith marriage. Henry Wilkins examines interfaith marriage in Burkina Faso. Read here.

We DON’T hope so too. But Professor of Gender and Development in East Anglia, Nitya Rao says, “When there is a crisis when people really feel that they have a threat to their survival, that’s when there is a push to get your daughter married off because parents feel they are not able to support them.” It has happened, Abigail Higgins talks about its possibility, especially as climate change becomes a big worry.

‘The State Against Mandela and the Others’ Review: Sounds of Injustice

“The trial for sabotage and a conspiracy to violently overthrow the government of South Africa that earned Nelson Mandela a life sentence in 1964 was not filmed. But its audio component was recorded; 256 hours of it, according to this film. “The State Against Mandela and the Others,” a documentary about that trial and its aftermath directed by Nicolas Champeaux and Gilles Porte, has clever, effective means of compensating for the absence of visual documentation…” Read here.

Queen bees muscle out other women in the workplace

You will want to ask what feminism has really done in Africa. After reading this Op-Ed by Dr Aradhana Ramnund-Mansingh, we ask – again why women treat their female subordinates differently from men. Aradhana focuses on South Africa but we know its more widespread.

Where The Medium’s The Topic And The Topic Is Topical

“Will society change Africa? Will Africa help change society? Will education teach our children what they really need to know? And if so, how? As 4IR sweeps the world, sending many preconceptions, predilections, and presuppositions tumbling as it goes, UJ sees the asking of questions like these as a fundamental response…” It’s here.