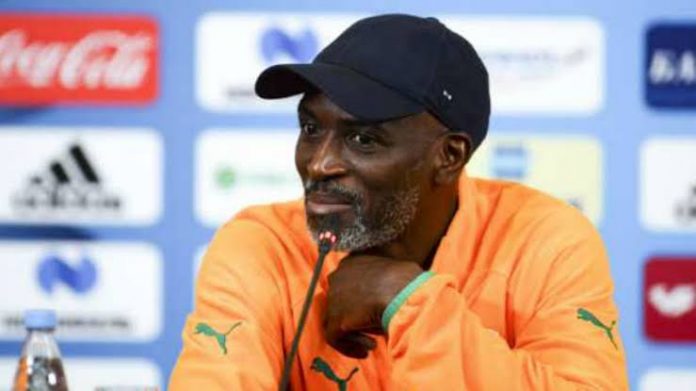 Head coach of the Ivory Coast national football team Ibrahim Kamara has resigned from his position by “mutual agreement” as confirmed by the Ivory Coast Football Federation (FIF).

“The Ivorian Football Federation thanks the national coach for his contribution to the national teams and wishes him good luck for the rest of his career,” reads the statement from FIF. 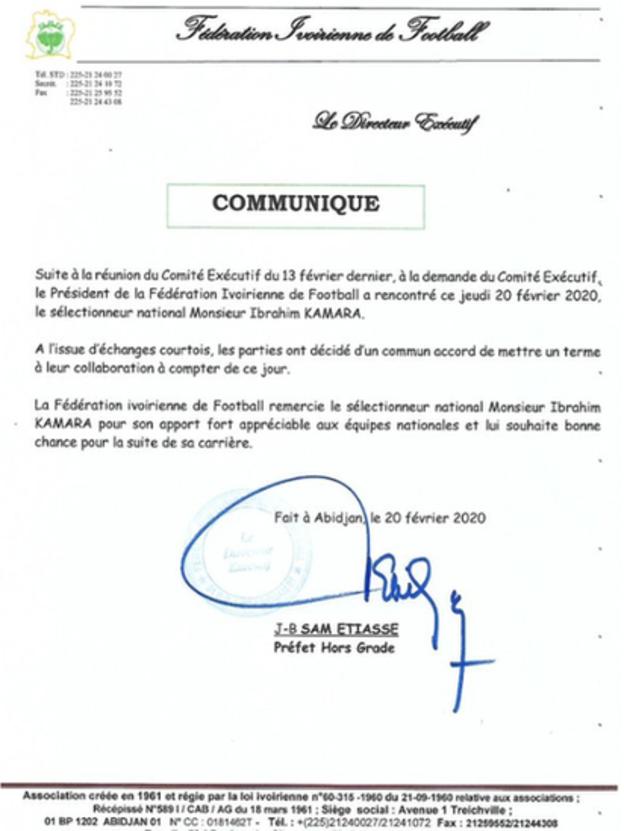 No reason(s) has been identified as the reason Kamara, who has been in charge of the Elephant’s various youth and local national teams, resigned from his position. It is, however, important to note that Ivory Coast have had a digressive start in their Africa Cup of Nations 2021 qualifying campaign, having won one and lost one in their two games in Group K.

The former coach led Ivory Coast to the 2019 Africa Cup of Nations in Egypt, though he couldn’t get them past Algeria at the quarter-finals.

FIF will now kick off the process of hiring a new head coach who will be the fifth since 2014, having had Herve Renard, Michel Dussuyer, Marc Wilmots, and Kamara leading the team through that period.

Meanwhile the country resumes qualification in March, with a game against Madagascar.

In a statement, the FTF said, “We have met all the criteria required by CAF.”

“We are more than capable, and willing, to host the 2020 CAF Champions League final.”