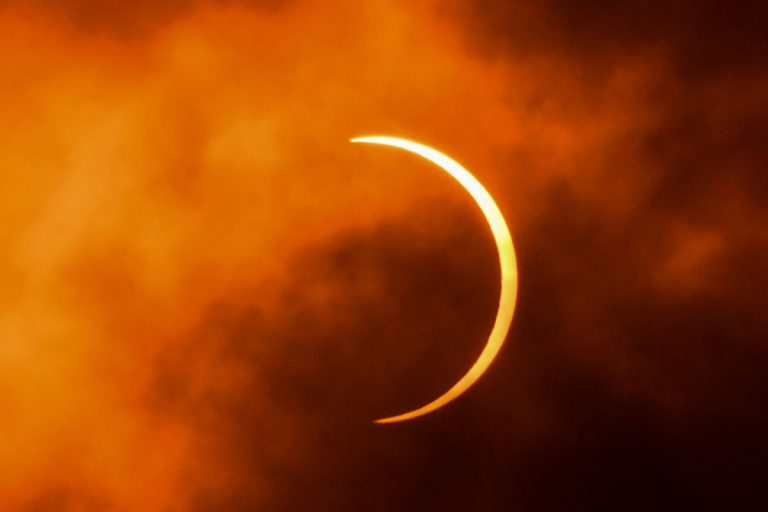 The sun and moon converged in a “ring of fire” solar eclipse Sunday (June 21), stunning skywatchers across parts of Africa and other parts of the world. The eclipse aligns with the annual Summer Solstice.

Other details: While not everyone around the world was able to view the event, it was visible either in its entirety or as a partial solar eclipse to potentially millions of spectators across the Democratic Republic of the Congo, Central African Republic, South Sudan, Sudan, Ethiopia, the Red Sea, Yemen, Saudi Arabia, Oman, the Gulf of Oman, Pakistan, India, China, Taiwan, the Philippine Sea (south of Guam) and northern Australia had a front-row seat for the dazzling performance.

The African Union (AU) has suspended South Sudan over the country’s failure to honour its financial obligations over the past three years.

A letter from the country’s mission in Ethiopia to the Foreign Affairs Ministry confirmed the development saying the amount in question came up to over $9 million. The Xinhua News Agency said the Ministry had confirmed the suspension from the Addis Ababa-based body.

Other details: Local news outlet Eye Radio also reported that South Sudan has a lot of unpaid arrears to regional, international, and global bodies it subscribes to. The country is also yet to clear its arrears to the East African Community to which it owes about $24 million.

Go deeper: Ethiopia has reportedly lost nearly 97 percent of its native forests due to a growing population and an increased need for land for food production. Mass deforestation has become a primary concern for the region which is threatened by natural disasters exacerbated by climate change.

Therefore, the government has planned to plant 20 billion trees over four years. Four billion trees were reportedly planted during the entire 2019 rainy season, which runs from June to September.

Minibuses has stopped the flow of Monday morning traffic in Guateng, making true the promise of a provincial taxi strike.

The South African National Taxi Council (Santaco) has made good on its promise to ‘shutdown’ services in Gauteng despite Transport Minister Fikile Mbalula’s fervent pleas for calm.

In an attempt to avoid a taxi strike — which has now left thousands of commuters stranded at the most inopportune of times as South Africa’s economy attempts to resuscitate itself — Mbalula revealed that government would provide the industry with a once-off R1.1 billion bailout.

Santaco argued that this amount was insufficient and, in addition to raising fares in an attempt to recoup losses, vowed to boycott the Monday morning commute.

87% of Kenyans struggling to get food over COVID-19.

Fears are mounting over the safety of prisoners in Egypt’s notorious Tora prison, as rights groups say parts of the complex have been cordoned off to quarantine those diagnosed with coronavirus.

Kenya’s military has denied putting any of its barracks under partial lockdown amid media reports that dozens of soldiers are being treated at an isolation centre for Covid-19.