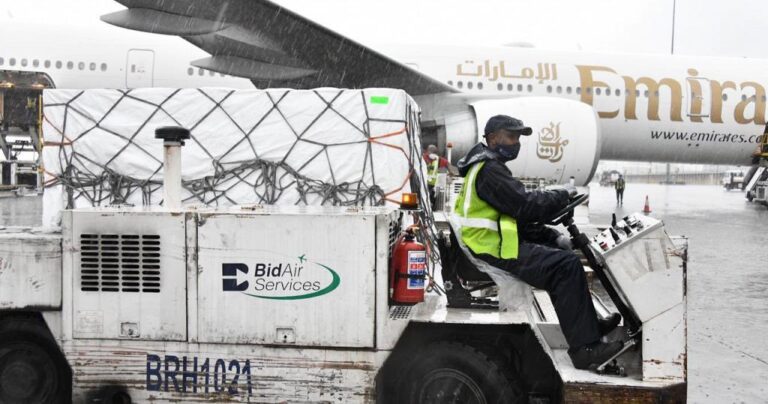 South Africa has received the first batch of Pfizer’s COVID-19 vaccine with more than 325,000 doses of the Pfizer jab arriving at Johannesburg’s OR Tambo International Airport – Africa News reports

According to reports, South Africa is also expecting to receive close to 4.5 million doses of the two-shot vaccine by the end of June.

The J&J vaccine has been the only shot being used in the country since the suspension of the AstraZeneca vaccine in February.

Four protesters have been reportedly injured by policemen during a demonstration in Chad that started on Saturday, May 1st – News Central Africa reports

Although President Mahamat Deby recently called for an inclusive national dialogue, in the country, the political atmosphere in Chad is still heated.

According to Eyewitnesses, Security forces fired tear gas at the protesters and even passing military vehicles fired live ammunition into the crowds, injuring at least four people. One person was reported to be seriously wounded.

“People think we’re murderers,” The Princess told newsmen in an interview on Sunday, 2nd May, amid a family rift over who will become the next monarch.

Queen Mantfombi, 65, became interim leader last month after the death of her husband, King Goodwill Zwelithini. She died of an unspecified illness and there is no evidence of foul play.