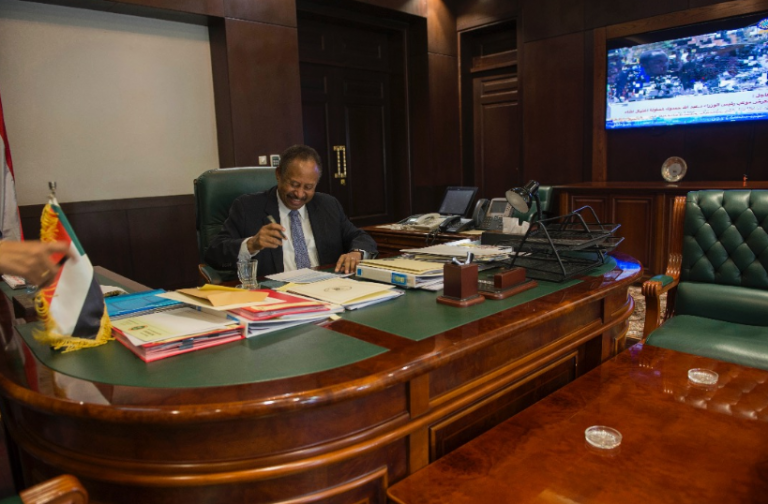 Sudan’s prime minister, Abdalla Hamdok Monday survived an assassination attempt after an explosion went off near his convoy in Khartoum.

Hamdok tweeted he was “safe and in good shape” following the explosion. Sudanese state TV said Hamdok had been heading to his office when the attack took place.

Hamdok also tweeted a photo of himself smiling.

The Emir of Nigeria’s Kano, Emir Muhammadu Sanusi II, has been dethroned in a long-awaited move following months of tension between him and the state governor, Abdullahi Umar Ganduje.

Sanusi was dethroned by the state’s Executive Council special sitting that took place today. The council unanimously approved his dethronement.

A protest by public sector workers with support from private employees in the Burkinabe capital of Ouagadougou was held Saturday. The workers were opposing the imposition of a new tax on allowances and bonuses for civil servants.

A spokesperson for Workers of Burkina trade union, Bassolma Bazie said, “we have demanded, purely and simply, not only the withdrawal of the implementation of the IUTS on premiums and allowances for workers, whether public, semi-public or private, but also the immediate reimbursement of the cuts that have been made.”

Labour unions are planning a general strike from March 16-20.

Congolese President, Felix Tshisekedi said the death of General Delphin Kahimbi last month was apparently due to hanging, but he did not spell out whether the military intelligence chief had killed himself.

The country’s top army spy’s death on February 28 followed media reports that he was being investigated for allegedly seeking to destabilise the country. At the time, his wife said he had suffered a heart attack.

At a weekly cabinet meeting on Friday, Tshisekedi said the United Nations peacekeeping force had asked him to conduct an independent investigation into Kahimbi’s death. He told ministers the available evidence pointed to death by hanging, according to the minutes of the meeting.