Y! For Africa Focused on Emerging Leaders and Culture Shapers
Home 54° Across Africa #TFAASPOTLIGHT: Lefatshe Moagi, doffing her ‘heart’ for the African youth 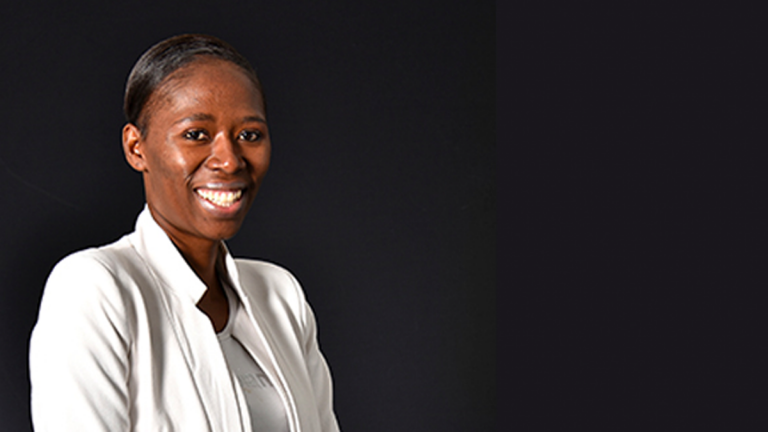 Lefatshe Moagi is a University lecturer from Mabopane, South Africa.

A teacher at heart who is vested in youth development and has been involved in organising youth governance workshops over the years; describes what she does as “a passion running through my blood”- she says. Moagi, is a lecturer in International Relations at the University of South Africa (UNISA), where she teaches first and second year students International Relations and Honours Courses. She also lectures at the Thabo Mbeki African Leadership Institute (TMALI),as the Module leader of (Afrikan Feminism), while tackling her PhD studies.

In 2014, she co-authored a book entitled “South Africa: Twenty Years into Democracy – The March to the 2014 Elections.” Her research cut across International Relations, Feminism and Political Philosophy; of which she has written books and journal articles on the respective disciplines. She acted as a key organiser in the University of South Africa’s election observer mission, which trained and deployed 100 predominantly young people as election observers throughout Gauteng for the general election. They were in line to be deployed as election observers globally in future. She also founded and facilitated the Graduate Seminar Series at the University of South Africa.

Lefatshe Moagi, cites her work in organising a forum on human rights and xenophobia, promotion of youth governance and empowerment, as well as feminism in Africa, as key achievements that has earned her recognition. “I was nominated through my activism on women development and empowerment as a young woman in academia,” she says regarding her nomination as ‘Most Influential Young South African’ (2018) by Avance Media. Moagi underlined that she was not looking for recognition, but it was encouraging for her vision to be acknowledged.

The 35-year-old describes her nominations as an honour and as a credible benefit that can motivate other youths out there in South Africa. “Africa, you can reach your dreams through perseverance, hard work and dedication.”- she says.

She noted that the nominations gave her an extra motivation to keep on pushing and empowering others. “I faced so many battles in 2018 as a young female academic from the pressures of being bullied and harassed by people who are targeting young talent to destroy and demoralise them so as not to achieve their goals within the university. Yet, I managed to pull out through the support of my family and the shadow of God.”

She is planning to enhance her academic skills, especially in research and publication. “I am happy to say that research and publication is one of my strongest skills as a young female black academic. Another is to mentor young women in all social spaces to be empowered despite all odds. They must be developed and skilled with education. I want to lead by example to particular people who assume that they will never reach their goals; I know I will reach my goals to eventually become a professor at the University of South Africa.”

Lefatshe Moagi is the future.