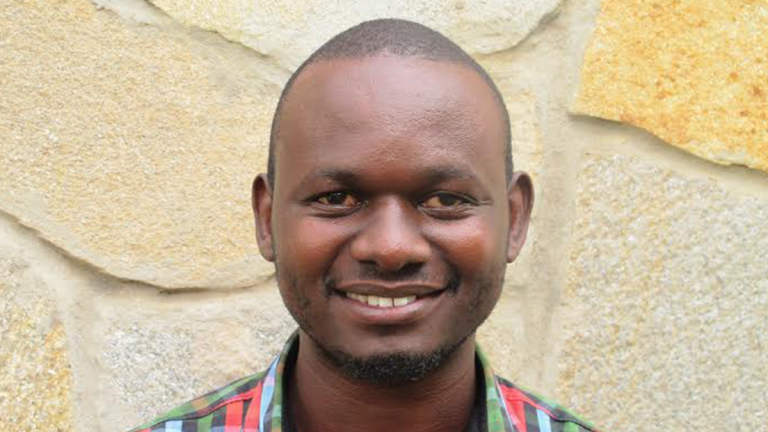 Samuel Malinga is a Ugandan citizen based in Kampala. He is the Founder and Managing Director of Sanitation Africa, and UN Young Leader for the SDGs. Samuel holds a B.Sc in Agricultural Engineering from Makerere University, Uganda. In his professional career, Samuel has worked with a significant number of charity organizations, Agro-processing company, and rice growing company in Uganda. He has also worked as a Sanitation Consultant where he undertook research and development of low-cost kludging pumps, transportation devices, and toilet technologies.

At the age of 12, Samuel moved to the Naguru slums in the Ugandan capital of Kampala, where he experienced first-hand the systemic problem of poor sanitation and waste management. Having grown up in the Naguru slum, Samuel became determined to increase access to sanitation services in remote and inaccessible communities throughout the country.

Sanitation Africa designs innovative toilet solutions, improves and upgrades existing ones, to create a sustainable and dignified sanitation solutions. They provide emptying services to areas that are otherwise hard to reach. In addition to this, “we process cooking briquettes made from dried sludge cake, which are sold as an environmentally friendly option to firewood.” Sanitation Africa has constructed over 680 toilets, reaching more than 2,000 households in remote and inaccessible communities throughout Uganda.

In recognition of his works and services, Samuel has earned several awards both nationally and internationally;

In an interview with The Tony Elumelu Foundation (TEF), Samuel Malinga had this to say;

“Firstly, I think African Governments have to lead the way in moving our society towards cleaner energy. They can do this by supporting green innovations and getting tighter on irresponsible pollution.

Government also has to create public awareness about the effects of deforestation and importance of environmental conservation. It can do this by encouraging the teaching of subjects on climate change in schools and also by funding research towards cleaner energy options.We also need strong environmental laws against auto mobile and industrial pollution.  But the African Private Sector also has a huge role to play in this fight. We have to introduce new cleaner energy technologies for heating (industries), lighting and cooking which will greatly reduce the need for deforestation.

There is also a role for ordinary people. We all have to appreciate the fact that climate change will have a direct effect on our children and the generation to come.

We have to take action in our own little ways by planting trees, deciding the best source of energy to use and buy, by sensitizing other community members.”

Samuel Malinga is the future.