Y! For Africa Focused on Emerging Leaders and Culture Shapers
Home 54° Across Africa #54DegreesAcrossAfrica: Mali Coup leaders open border, WHO and UNICEF urge reopening of schools in Africa + other top stories across Africa 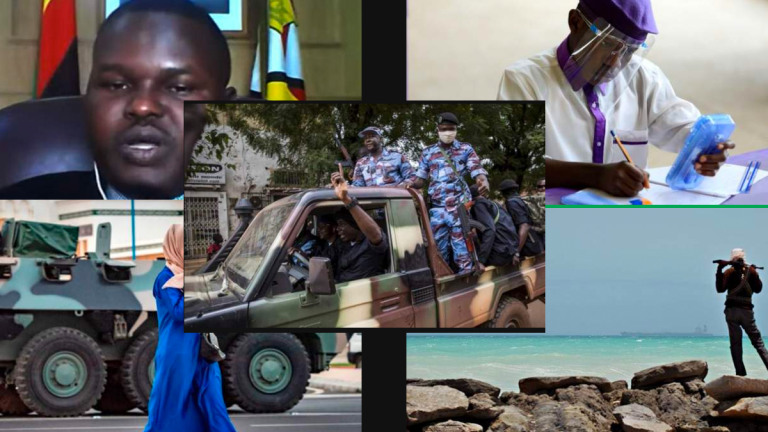 The army officers in Mali have announced that land and air borders will be reopened on Friday.

The coup leaders are in talks with opposition groups about appointing a transitional president.

West African leaders have continued to call for the ousted president, Ibrahim Boubacar Keïta, to be reinstated.

The regional bloc Ecowas says it is sending envoys to Mali to ensure the return of constitutional order.

The opposition has called for a rally today in support of the coup.

The Economic Community of West African States (ECOWAS) has suspended Mali from all its decision-making bodies with immediate effect.

A statement by the community’s Directorate of Communications on Wednesday, indicated that the suspension is in line with the ECOWAS Protocol on Democracy and Good Governance and will remain in place until effective constitutional order is reinstated in the country.

The sub-regional body said it had also closed all of the country’s land and air borders, stopped all economic, trade, and financial flows and transactions between ECOWAS member states and the country, urging all partners to do the same.

If they do close their borders to Mali, there are fears that economic activities worth a lot of money will decline. It is already being said that gold-mining activities in Mali have been affected.

Pirates have hijacked a Panama-flagged ship that was travelling from the United Arab Emirates to Mogadishu port.

This is the first attack for several years.

The ship was attacked at night when the crew was sleeping, Anadolu news agency quotes a security official in Somalia’s autonomous Puntland region as saying.

Six pirates were involved in the attack, according to the governor of Gardafu region in Puntland Musse Salah, who is quoted by Reuters news agency.

The authorities of the Bari region where the incident happened say the ship had developed mechanical problems.

Go deeper: Piracy off the coast of Somalia had reduced significantly in recent years, in part because of extensive international military patrols.

Just a month ago, JSDF Participated in Anti-Piracy Operations with the EU Naval Force Somalia to strengthen cooperation in anti-piracy operations in the Gulf of Aden and off the coast of Somalia, the Japan Self-Defense Forces (JSDF) has been participating in joint Japan-EU anti-piracy exercises with the EU Naval Force Somalia (Operation ATALANTA) since October 2014, through which the EU conducts anti-piracy operations in accordance with the Common Security and Defence Policy (CSDP).

WHO and Unicef urge reopening of schools in Africa

The World Health Organization (WHO) and United Nations children’s agency have urged African governments to promote the safe reopening of schools during the coronavirus pandemic.

They say prolonged closure of schools is harmful to students and want governments to invest in sanitation facilities to prevent the spread of coronavirus in learning institutions.

The two organisations said students are being exposed to poor nutrition, teenage pregnancies and violence during this extended stay-at-home period.

Schools in Africa are a “safe haven” for children, according to the WHO Regional Director Matshidiso Moeti.

“We must not be blind-sided by our efforts to contain Covid-19 and end up with a lost generation. Just as countries are opening businesses safely, we can reopen schools,” she said during a virtual press briefing on Thursday.

The long closure of schools poses a risk to the future of children and their communities, according to Unicef Regional Director Mohamed Fall.

Only six African countries have fully opened schools, according to a survey of 39 countries by the WHO and Unicef.

Some countries reopened schools and closed them soon after because of a surge in coronavirus cases.

Others have reopened for final year students to sit for crucial examinations.

Countries like Kenya have completely scrapped the 2020 academic year.

Go deeper:  Earlier this year, schools in Africa were forced to close down activities to curb the spread of the coronavirus. Some schools were able to hold online classes while some couldn’t continue with educational activities.

With the urge from WHO and UNICEF to reopen schools, this results in a huge sigh of relief from schools who couldn’t keep up during the lockdown period of the pandemic.

This poses questions like how does the UNICEF and WHO ensure that when schools open, adequate measures are put in place to ensure that students are safe.

The Moroccan authorities have imposed tight new restrictions on movement in Casablanca and Marrakesh – the country’s main tourist hubs – following a spike in coronavirus infections.

Several districts of the two cities will be closed off, with restaurants, coffeehouses and businesses operating at reduced hours.

Some public parks and beaches in Casablanca have been closed.

On Tuesday, partial lockdowns were ordered in the capital, Rabat, and the port city of Tangiers, with armoured vehicles patrolling the streets and police manning checkpoints.

Go deeper: Morocco has recorded more than 46,000 cases of the coronavirus and over 740 deaths.

Two weeks ago, All eyes in Africa were on Morocco after football action resumed in the North African country amid the Covid-19 pandemic.

Some weeks back, the Embassy of the State of Qatar in the Kingdom of Morocco handed over a support from Qatar Charity to the special fund for the management of the Coronavirus (COVID-19) pandemic in Morocco to confront the repercussions of the Coronavirus crisis.

This support to the Moroccan fund comes within the framework of the endeavor of Qatar Charity, in coordination with the official authorities, to support the efforts of a number of countries to confront the Coronavirus and limit its spread.

Morocco looks like they have the virus under control but do they?

A senior official in Zimbabwe’s ruling Zanu-PF party has apologised for swearing on Al Jazeera television following a heated debate with opposition members on Tuesday.

Tafadzwa Mugwadi, the Zanu-PF director of information and publicity, said he was making an “unreserved apology” for using “uncouth language” after losing his temper during a panel discussion with representatives of the opposition Movement for Democratic Change (MDC) Alliance.

“Although that was never meant for the interview as I felt the interview had ended, I strongly feel I owe Al Jazeera, the world, Zimbabweans and in particular Anchor Femi Oke an unreserved apology,” he said.

“I further apologise to the leadership of the party, who certainly were embarrassed by these words,” Mr Mugwadi added.

The discussion had been heated, and included “biased video interludes which appeared to be aimed at sustaining a false narrative that there is a crisis of human rights in Zimbabwe”, Mr Mugwadi said.

“I lost my temper in which I ended up using uncouth language,” he added.

Go deeper: There has been tension in Zimbabwe in the past weeks till date. Opposition against the current president from running for a third term even after just taking over from their dead president.

It’s only a matter of time before the tension surfaces across all levels like it did for this Zanu-PF top official on live TV.