Y! For Africa Focused on Emerging Leaders and Culture Shapers
Home 54° Across Africa 4 Things other African Countries can learn from Mali 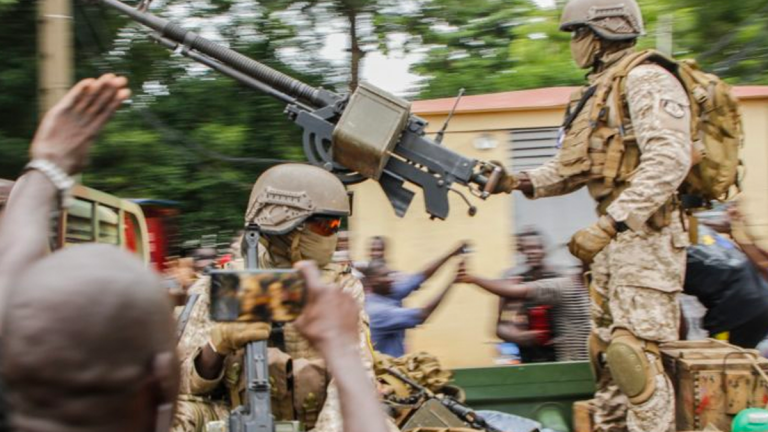 The inception of most African countries have its roots laden with military coups and forceful take-overs. However, there is a recent coup and it happened in “the place where the king lives” meaning Mali.

Mali’s President Ibrahim Boubacar Keita announced his immediate resignation on state television late Tuesday, hours after he and the Prime Minister were arrested by mutinous soldiers in a coup.

The United Nations has joined global condemnation of the military takeover in Mali, which saw President Ibrahim Boubacar Keïta forced to resign.

The UN’s Security Council echoed similar calls by regional bodies for the immediate release of all government officials and the restoration of constitutional order.

The soldiers said they acted to prevent the country falling into further chaos and will set up a civilian government and hold new elections.

Make your time count: “Live today as if it is your last and if you wake up tomorrow, do it again” But what most African leaders do is live each day as if they have all the time in the world. After the hard work of winning an election, it seems like work stops there for most of these leaders. Almost as if, their presidency or leadership is a reward for the work done in winning the election. People want results and when you don’t deliver, they begin to grumble and it takes the form of riots, protests, social media hashtags advocating for removal from office and even corruption charges.

What can be learnt from here is to start work from day one of occupying the office. The reward for electing you is to serve the people and when you don’t serve them, you live with the consequence. Your job as a President is to serve! To serve is what you deserve. Africans, we need to hold our leaders accountable. Also hold yourself accountable because He that hath no rule over his own spirit/self is like a city that is broken down, and without walls.

Attend to the things that matter: Brandon Sanderson in ‘The Alloy of Law’ had this to say “The mark of a great man is one who knows when to set aside the important things in order to accomplish the vital ones.” African leaders seem to be overwhelmed by the number of the things they have to do when they get into office. While saddled with the responsibility of leading the people, they also have to judge correctly, what needs the country they lead has.

First of all, the responsibility of leaders is the people they rule over. A good way to know what is priority is what matters to the people you lead. It is true that human needs are mostly insatiable. It is also true that you can’t do everything as a leader but one thing is sure, if a leader or President has shown that (s)he has the people in mind, it will be obvious even if they are not able accomplish all the needs.

Lying is not an option: Many a times, African leaders make a lot of promises before the elections to convince the people to vote for them. It has been found out that most of the time, the situation of things when they get into office don’t seem to favour those plans. It is actually difficult to see African Presidents respond with “I don’t know” when presented with a challenge or a question. It seems there’s this pressure of always being in the know which makes them bound to lies most of the time. Not because they want to, because their heart and intentions do not align. It’s totally okay for African leaders not to have all the solutions but they seem to think they must have the solution all the time and that is the greatest lie.

Intentionally plan post-presidency: Post-presidency is something most African leaders don’t plan for or at least that what we know. It is almost as if when the time is near, they begin to make plans for a re-election or rush projects that make them look as if they need more time to rule.

It will be great to see African Presidents and Leaders make plans for what they’d like to do after leading a country. It is something we don’t get to see often.

Mali, you are the place where the king lives. Live like it.