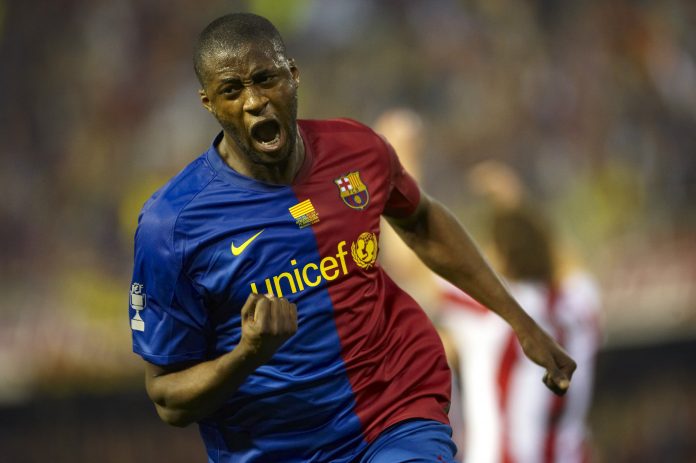 From the horses mouth…

That studious approach to the beautiful game is one that Yaya has possessed ever since he was a child. Aged 13, at the ASEC Mimosas academy in Abidjan, he was already busy devising his own training and fitness plan, staying behind at night with the security guards when his peers had gone home. “I thought: ‘I want to be a big player. I want to do more than make a living. I want to be part of some history… maybe Ivory Coast or maybe Africa [history].’ I was convinced I would,” he reflects now.

One of seven children, Yaya grew up playing football in the streets of Abidjan with his siblings. On joining his brother Kolo at ASEC Mimosas – an Ivorian hub for football talent that produced some of the nation’s biggest stars – he discovered that football without boots was a philosophy encouraged by coach Jean-Marc Guillou, who believed that it helped to reduce injury and improve a player’s touch. The Frenchman, a friend of Arsene Wenger’s, also had the scholars playing without a goalkeeper to improve their defensive awareness and force them to win the ball higher up the pitch, a quality that Yaya still displays in his game today.

A move to Europe saw the teenage Yaya’s career accelerate in stature as he swiftly progressed from European Cup competitions to Champions League and international football for his country within just three years. Within six years he was at one of the biggest clubs in the world, Barcelona, lining up alongside some of the greatest stars and establishing himself as the foremost African player of his generation.

A record four-time winner of the African Footballer of the Year award, he is a vocal ambassador for his country and his culture. “I feel proud to be African,” he says, “I want to defend African people. And I want to show the world that African players can be as good as European players, as good as South American players.” His religion is important to him, publicly declining the traditional Man of the Match bottle of champagne following an outstanding performance against Newcastle in 2012, the Premier League soon introduced a non-alcoholic bottle to celebrate Muslim players.

Yaya was nominated in the Personality of the Year category at the 2014 MTV Africa Music Awards. In July 2014, he was nominated for Prize in Entertainment at the 2014 The Future Africa Awards. In 2013, Yaya won the BBC African Footballer of the Year, after leading the Ivory Coast to victory in the 2015 African Cup of Nations. More?

Do you still need us to tell you that Gnégnéri Yaya Touré is the future!