Y! For Africa Focused on Emerging Leaders and Culture Shapers
Home 54° Across Africa The development of the gas sector in Mozambique is being threatened by terrorist groups 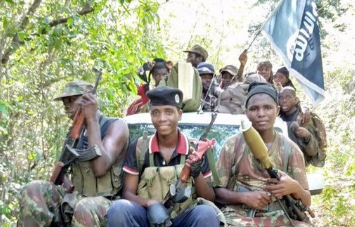 One of the most difficult issues for any government to contend with is insurgency. The rebellion of a people against it’s own government is a crises whose results could be implosive. In retrospect, the government is put in a position where they have to deal with a complex problem, while the insurgents continues to gnaw at the country’s institutions.

If this problem is mismanaged, which is often times the case in Africa, it can lead to some terrible economic implications, not to mention the loss of human lives and the the constitution of depressing living conditions. At the end of the day, no one wins. Both parties simply leave destruction in their wake, with the helpless suffering the runt of the brutality.

This problem for the people of Mozambique, especially in Cabo Delgado, the country’s northern most province, has been distressing, to say the least. Islamic insurgent groups have been known to terrorize the area, particularly small villages. However, attacks on district capitals have been reported. The reports are nothing short of disturbing as the media claims that these groups have displaced over 200,000 residents in the area since 2017.

While this in itself has been a major issue, the killing of 8 construction contractors for oil giant’s Total, has brought to light just how increasingly dangerous these groups are becoming. This unfortunate attack happened close to the Tanzanian border and was believed to be perpetrated by the Ahlu Sunnah Wa-Jamo (ASWJ) militant group.

Senior Africa analyst at Verisk Maplecroft in London; Ed Hobey-Hamsher has warned that the ASWJ terrorist group is becoming increasingly sophisticated in its attacks, and disciplined within its ranks.

With plans of constructing an onshore liquid natural gas plant in the area, Total has become unsure of the security and financial threat this project may create.

Total already signed a $14.9bn debt financing the project. The project involves plans to construct the country’s first onshore LNG plant, including the development of the Golfinho and Atum gas fields in Offshore Area 1 in Cabo Delgado.

With such finances and other resources already put in place for the gas plant project, and a terrorist group that is becoming increasingly resilient and more bold in it’s attacks, it is highly unlikely that any of both parties will be willing to back down.

It has become an issue the Mozambique government must take heed of. Hobey-Hamsher reports that as of right now, the group does not have the fire power it needs to go up against the oil giants, but the reporter believes that if nothing is done, that may change.

“The complicity of state officials in criminal activities in Mozambique increases the likelihood that the ASWJ will eventually secure the weapons necessary for attacks on onshore LNG sites,” he said.