Y! For Africa Focused on Emerging Leaders and Culture Shapers
Home 54° Across Africa The witchhunt against Akinwunmi Adesina should not be allowed to stand 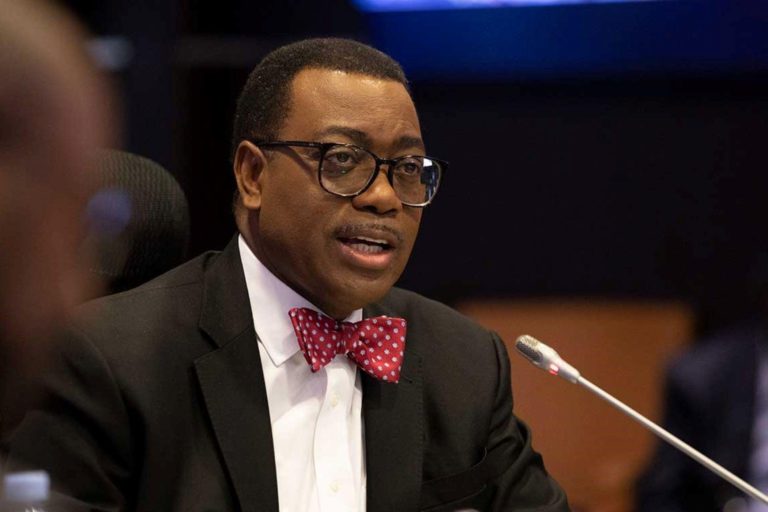 In the 1980s, Africa was forced to open up the African Development Bank, one of its most enduring symbols of Pan African autonomy to non-African equity. This decision, the consequence of several decades of Western interference in African politics, and its perpetuation of corruption was understood to be a temporary solution to a long standing problem. Nearly 40 years later, Africa is being forced to deal with the unintended but inevitable consequence of Western participation in African politics, intimidation and interference motivated by late stage capitalism.

The United States government through its Treasury Office has expressed concerns about the validity of Dr. Akinwumi Adesina’s nomination to lead the African Development Bank (AfDB) for a second term. Dr. Adesina is well regarded by Africa’s leaders and has performed with consistent excellence in all the roles he has occupied. His time at AfDB has been the crowning of a career full of highs. The United States government, who is one of the AfDB’s non-African equity partners has used its access to the institution to undermine the organization’s leadership and question the rules that govern its management. It has tried to weaponize the global press against the AfDB’s leadership, pressuring them to dismiss one of the organization’s most successful directors so as to pacify the West. This kind of entitled petulance is common in the West’s dealings with Africa and is no longer excusable.

Under the rule of Donald J. Trump, the American government has lost much of its influence and credibility. It has pulled important funding for contraception because its leadership seeks to assuage the racist sentiments held by the ruling GOP party, funding that served countries struggling to shrug off the weight of decades of colonial rule and the continued interference that has dogged the continent’s attempts to wrest itself free of Western influence and approach the global stage as equals. The African Development Bank (AfDB) stands as one of the few remaining bastions of those  principles that drove our collective fight for independence as a continent, principles that have been corrupted and watered into obsolescence in most of the institutions that were supposed to uphold it.

It is worrying that the Economic Community of West African States (ECOWAS), West Africa’s regional economic coalition and the African Union (AU) have remained impassive to the strong arming that has been targeted at Dr. Akinwumi Adesina, by western parties who have ignored the regulations that govern the management of the AfDB and tried to subvert its laws, dismissing the verdict of the Ethics Committee of the Board of Directors, charged with the duty of investigating allegations of misconduct against members of the AfDB Board and its employees. The Ethics Committee was tasked with investigating allegations of misconduct against Dr. Adesina, accusations that formed the basis of a push to discredit his legacy at the Bank and disqualify him from stating his intentions to serve the bank for a second term of 5 years.

Dr. Adesina has been cleared of all 16 allegations raised against him by the machinery put in place to hold the Bank’s leadership accountable. As such, with the consent of the Board of Governors, its chairman has dismissed the allegations against Dr. Adesina, and returned its focus towards the process of ensuring the bank is ably led. By questioning the process and results, the Western parties who are seeking to influence the future of the AfDB, seek to undermine nearly 60 years of autonomous rule, and return us to the dark era of vassaldom, a potential outcome we cannot allow.

It is also hard to dismiss the line of thought that racism significantly factors in the West’s unbecoming treatment of Dr. Adesina. Over the last decade, African technocrats, many of Nigerian origin have risen to phenomenal heights and come to wield significant influence in global discourse. Much of this new African influence has been used to question long held truisms about the global economy, much to the chagrin of the institutions that have profited from the status quo. Professor. Dambisa Moyo has questioned the legitimacy of decades of foreign aid, arguing that it has arrested the economic development of the continent. Professors Oby Ezekewesili and Ngozi Iweala have reformed global economic policies through roles in the World Bank and the International Monetary Fund. Professor Kingsley Moghalu was influential in shaping World Health Organization interventions on the continent. Dr. Akinwumi Adesina is part of this crop of exceptional Africans whose progressive policies rankle the Western Elite.

It is especially worrying that Adesina is being singled out for humiliation in this way. As an African he is not only expected to be exceptional to be even considered as effective, he is also required to not only meet the incredibly high standards of the organization he runs, but also somehow meet the arbitrary standards of Western watchdogs. Under Adesina’s leadership, the AfDB truly stepped into its role as a continental economic arbitrer, establishing the Africa Investment Fund (AIF) an initiative to provide much needed funding for infrastructural development to African nations. In 2020, the worst economic year for Africa in centuries, Adesina managed to secure a general capital increase for the AfDB, raising its capital base from  $93 billion to $208 billion, unprecedented in the Bank’s 64 year history. All of this was achieved while maintaining impeccable standards. The Bank is ranked 4th in a global transparency index for bilateral and multilateral institutions released by Publish What You Fund. Along with the Affirmative Finance Action for Women (AFAWA) which has raised $3 billion towards empowering women economically on the continent, there is no African technocrat active in the global economic space who is as accomplished and as progressive as Dr. Akinwumi Adesina.

Thankfully, not everyone is watching passively as the West seeks to trample on AfDB’s autonomy and undermine its structures. Former President Olusegun Obasanjo has publicly addressed the allegations against Dr. Adesina and directly addressed the illegality of Western interference in the politics of the AfDB. With the support of several African elder statesmen, Obasanjo has challenged the legitimacy of the attempt to oust Dr. Adesina and highlighted his successes. They have also returned the burden of proof back to the Western powers seeking to influence the next half decade of AfDB leadership. Hopefully, this will be the push that Africa’s current leadership needs to protect this most vital of institutions and reinforce the legitimacy of the institutions which have already tried and exonerated Dr. Adesina.

These are perilous times. The Coronavirus has exposed that beneath the veneer of progress and sophistication many Western countries use as validation for their attempts to dictate terms to the continent, lies extensive rot, capitalism that deprioritizes human life and institutions that are mere husks of their former selves. In contrast the African Development Bank is thriving, providing valuable aid to the countries it serves and providing an economic safety net for the most disadvantaged among its constituents. We cannot allow anyone, no matter how well intentioned, derail this progress.