Y! For Africa Focused on Emerging Leaders and Culture Shapers
Home 54° Across Africa Tigray: The ‘gray’ areas in Ethiopia | #54degreesAcrossAfrica 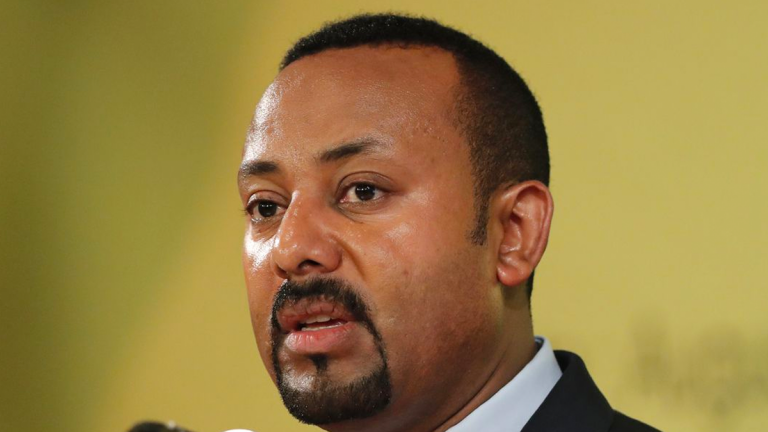 Desta Gebremedhin from BBC, had reported that postponement of September’s election in Tigray by the federal government because of coronavirus, has been the reason for the recent rapid deterioration but it has been a long time coming.

The TPLF, which was the dominant political party in Ethiopia for decades, has been feuding with Mr Abiy’s government since shortly after he came to power in 2018. Mr Abiy Ahmed was elected as a “reformist leader”, and accused officials in previous governments of corruption and human rights abuses removing key TPLF figures from the central government which included the former intelligence chief and senior TPLF official, Getachew Asefa, who evaded arrest and fled to Tigray, where he remains as a fugitive.

Mr Abiy’s decision last year to merge the ethnically based parties that formed the governing EPRDF coalition and set up the Prosperity Party (PP) added fuel to the tensions. The TPLF opposed the decision, saying it would divide the country, and refused to join the PP.

Earlier this year, the rift grew even wider after the federal government postponed nationwide elections.

Tigray’s decision to hold its own vote in September was an unprecedented act of defiance against the federal government. The federal parliament termed the process “illegal”.

Since then, both governments have designated each other as “illegitimate and unconstitutional”.

The TPLF had previously made veiled threats of secession, citing an article in the federal constitution which allows the “unconditional right to self-determination, including the right to secession”.

“We will never back down for anyone who is intending to suppress our hard-won right to self-determination and self-rule,” the region’s leader, Debretsion Gebremichael said in August.

Early in October, the federal government decided to cut ties with the Tigray region and the upper house of parliament voted to suspend budget aid to Tigray.

What are people saying about the Tigray situation?

Should war be the solution?

“Two armies that fight each other is like one large army that commits suicide.” — Henri Barbusse, 1916

Mr Debretsion, the Tigray regional leader has said ““We have prepared our army, our militia and our special force. Our preparation is aimed at averting war, but if we are to fight, we are ready to win,” in a report by Desta Gebremedhin from BBC

This means they are ready to fight to defend the region.

President Abiy Ahmed had this to say in an address calling on the international community to look into the situation Ethiopia to end the inpunity by the people fo Tigray. He will do all that it takes to stop the criminality of the rule of law in Tigray.

This is funny and now that the nation is on the brink of a war, it will take an agreement so extreme, that even Mr. Abiy Ahmed is not ready for, to avert the looming war. The officials in Tigray want an election so bad but Mr. Abiy Ahmed had earlier postponed it because of the spread of coronavirus.

While both parties are in their right to war against each other, there are citizens who are definitely not ready to participate in any form of war or suffer the effect of war. People are already accusing Mr. Abiy Ahmed of sending troops and approving airstrikes on Tigray.

The happening in Ethiopia leaves the world in suspense. Most concerned persons sitting on the edge wondering what will happen if this war happens.

On Mr. Abiy Ahmed’s decision to postpone the elections, could there have been a reason why it was postponed or was the excuse of the pandemic used a decoy plan?

Maybe Mr. Abiy Ahmed knows he would be ousted if the election ran and decided to ensure it was postponed. Other African countries have had their elections in the midst of a pandemic, why is Ethiopia’s case any different?

What Mr. Abiy can do

Mr. Abiy Ahmed won the Nobel peace prize for averting a war that gone on for a while. But his recent moves of reducing funding to the Tigrayan people, sending air strikes and accusing the Tigrayan people of striking first and defying his orders, only reeks of war.

Reverse his decision on defunding Tigray.

Be okay with leaving power if need be.

What else do you think can be done to avert the current situation?