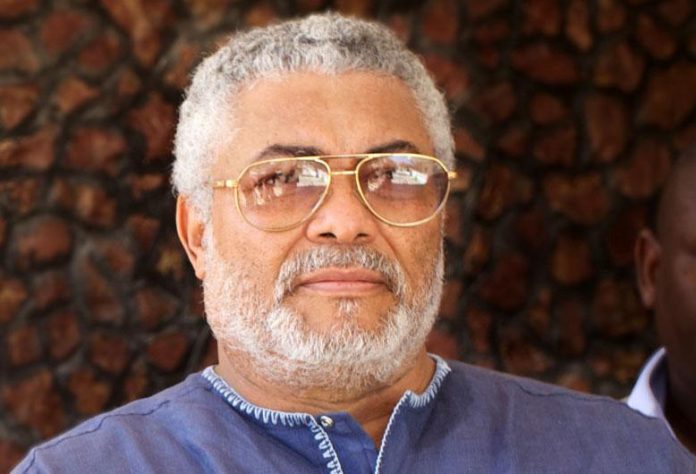 Gone from our sight, but never from our hearts. 2020 has been one eventful year to say the least, filled with every happening you can think of. If 2020 had a bucket list, you can be sure a lot of people kicked it and another did today.

Here are the 10 things you should know about Jerry Rawlings;

He was a retired Ghanaian military officer and politician who led the country from 1981 to 2001 and also for a brief period in 1979.

He did not fear failure

He led an unsuccessful coup attempt against the ruling military government on 15 May 1979, just five weeks before scheduled democratic elections were due to take place.

Rawlings finished his secondary education at Achimota College in 1967. He joined the Ghana Air Force shortly afterwards; on his application, the military switched his surname John and his middle name Rawlings.

Dared to be different

Rawlings was part of the Free Africa Movement, an underground movement of military officers who wanted to unify Africa through a series of coups. On 15 May 1979, five weeks prior to civilian elections, Rawlings and six other soldiers staged a coup against the government of General Fred Akuffo, but failed and was arrested by the Ghanaian Military.

Rawlings established the Economic Recovery Program (ERP) suggested by the World Bank and the IMF in 1982 due to the poor state of the economy after 18 months of attempting to govern it through administrative controls and mass mobilization.

He was a pioneer

In November 2000, Rawlings was named the first International Year of Volunteers 2001 Eminent Person by UN Secretary-General Kofi Annan, attending various events and conferences to promote volunteerism. He established the constitution of 1988

In October 2010, Rawlings was named African Union envoy to Somalia.

Fought for what he believed in

Rawlings ousted President Hilla Limann in a coup d’etat on 31 December 1981, claiming that civilian rule was weak and the country’s economy was deteriorating.

Having listed 9 things that happened early in Jerry Rawlings’ life, J.J. Rawlings is late now. He has been reported dead due to an undisclosed illness after being admitted at Korlebu Teaching Hospital.

Jerry Rawlings said this at some point and those words are still true today: