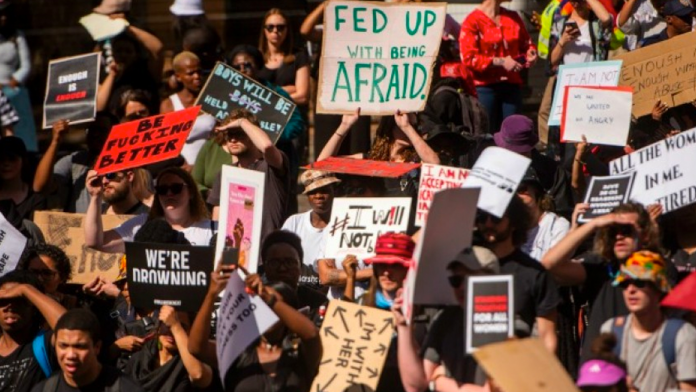 The power or right to act, speak, or think as one wants. The state of not being subject to or affected by (something undesirable). A special privilege or right of access, especially that of full citizenship of a city granted to a public figure as an honour. – Freedom

The action of making known one’s thoughts or feelings. The conveying of feeling in a work of art or in the performance of a piece of music. – Expression

The power to make known one’s thoughts or feelings through any medium. – Freedom of Expression

Expression is essential to human life and the lack of it can be equivalent to death.

There has been an upsurge in Africa with respect to the silencing people who have raised their voices to demand changes from their government.

In an article written by Nwachukwu Egbunike and Khattab Hamad, it was highlighted that in the last four months, full or partial internet blackouts occurred in five African countries: Algeria, Ethiopia, Guinea, Sudan, and Tanzania. The Nigerian government is currently considering legislation to clamp down on social media.

They pointed out that “As netizens online continue to challenge African democracies, more internet blackouts will likely occur and violations against the right to freedom of expression will continue to multiply — especially during elections and political upheaval. Keeping the internet free and open in Africa is fundamental to building a democratic culture that many African governments claim they want. Without a vibrant digital public sphere that holds state actors accountable, authoritarian tendencies thrive. Switching off of the internet at a whim or blocking social media is an ominous sign of a deeply problematic system of governance. With increasing threats to online freedom of expression, democracy in Africa remains on trial.”

Recently, a magistrate in Zimbabwe had denied bail to whistle-blowing Zimbabwean journalist Hopewell Chin’ono, saying he had “a propensity to continue committing offences”. Mr Chin’ono was re-arrested more than a week ago after being accused of violating his bail conditions, which bar him from putting up posts on social media. This proves the above statement by Nwachukwu and Khattab.

In another case, the Amnesty International had to urge the authorities in Tunisia to stop using “largely outdated, overly broad and repressive laws” to crack down on the freedom of expression online. At least 40 bloggers, administrators of widely followed Facebook pages, political activists and human rights defenders faced criminal prosecution between 2018 and 2020, according to the rights group. They have been charged for “publishing online posts critical of local authorities, the police or other state officials”. (Source: BBC Africa)

“These prosecutions threaten the human rights progress made so far in Tunisia where the right to freedom of expression is a hard-won value of the revolution,” Amnesty’s deputy regional director for the Middle East and North Africa Amna Guellali said in a statement.

It was also reported in Tanzania, that the citizens were prohibited from talking online about the earthquake tremors they felt in the country. Internet access also got restricted as elections drew close to prevent citizens from organizing physical protests through online platforms.

The Ethiopian government disabled internet services on June 30, following protests in the capital city of Addis Ababa, and other Ethiopian cities after the assassination of famous singer and activist Hachalu Hundessa. In the wake of Hundessa’s murder, the nation struggled with violence that erupted along ethnic and religious lines. Social media, particularly Facebook, Twitter and YouTube, became the epicenters of conspiracy theories, hate speech and mis- and disinformation.

A fact or a myth?

From all indications, the conclusion will be that, it is a myth. We can agree that just as Nwachukwu and Khattab pointed out in their article on Shutdowns, throttling and stifling dissent online: Africa’s new normal, Part I, that switching off of the internet at a whim or blocking social media is an ominous sign of a deeply problematic system of governance. With increasing threats to online freedom of expression, democracy in Africa remains on trial.

While many other African countries have not restricted access to the internet to a large extent, there is still a sense of fear instilled on the people by the government either through the use of the military or police force to stop the people from voicing their concerns.

‘Societies that advance are those that permit a free debate and exchange of ideas for better solutions to be found. We cannot do this in Africa because the press is owned by the state. A foolish government policy cannot be challenged and the whole country is led down the tubes.’ – George Ayittey

Do you think Freedom of expression in Africa is a fact or a myth?

#BreakFreeWithErica: Why it makes for an effective brand revolution