Home 54° Across Africa The brewing civil war in Ethiopia is already rearing one of its...
Facebook
Twitter 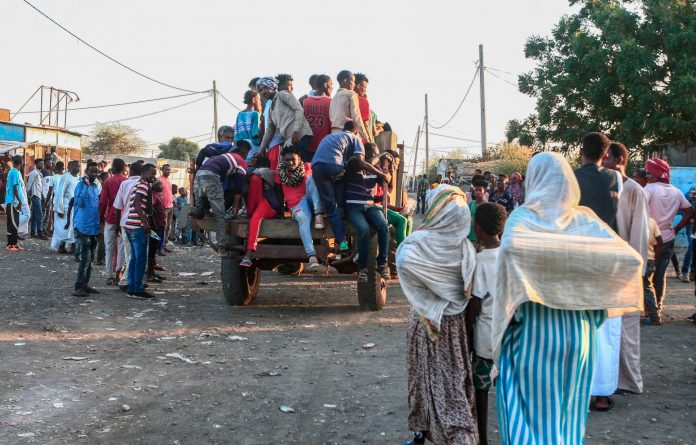 Many African Nations know a thing or two about civil war, having experienced or experiencing one at the moment. Ethiopia is looking to join these ranks as the conflict between the leaders of the Tigray region and the Federal government of Ethiopia has escalated into armed confrontation. Although not a full fledged war yet, the military activities and restrictions for civilians in the Tigray region is already having profound effects, one of them being the inability for a drug needed to be transferred to an 11 year old boy in order to treat his cerebral palsy and epilepsy, due to travel and trade restrictions set by the Tigray leaders.

It’s certainly unusual for an African President to lose a second term in office, rather we are more accustomed to leaders who over stay their constituted tenure in office through military force and ethnic gas lighting. However a second term loss is the fate of President of the United State; Donald Trump, who lost to Joe Biden last week. Donald stated that if he lost to Joe Biden he may have to leave America, now the he has lost will he come to an African country, and if so will any of these supposed ‘Shit holes’ as Donald Trump described African countries be willing to accept him.

Following the death of Jerry John Rawlings, who died on Thursday, it is only appropriate to reflect on the life of the man and the impact he had on the west African nation; Ghana. His opinions during his stint in politics about a transparent government and the ideologies he demonstrated, especially when he led a military coup on the then president are pivotal reasons why Ghana was able to escape an economic recession and inflation that at the time threatened to destroy the country.

Racism in the UN may or may not exist

With an open critique of how the United Nations seeks to preserve the white male subspecies, detailed in François Soudan’s article on racism, we need to find out for ourselves if the UN is truly racist. Given their subpar contributions in aiding Africa, it is almost undeniable how much effort they put in some of their relief programs and initiatives to Africa. And their contributions and opinions on racist events over time shows on the surface that they do not harbor ideas of racism. However is there more to it that meets the eye, are they racist beyond the surface?

The cries of the African woman continues to go unheard

With a lot of the social inequalities and socio-economic problems plaguing Africa, the African woman’s voice has been of great importance and relevance in procuring solutions, however it would seem that women in Africa are not listened to enough. Sexual violence and misogyny disguised as culture has made it hard for Africa to truly contemplate the woes it has dealt its women and the economic problems specific to African woman.