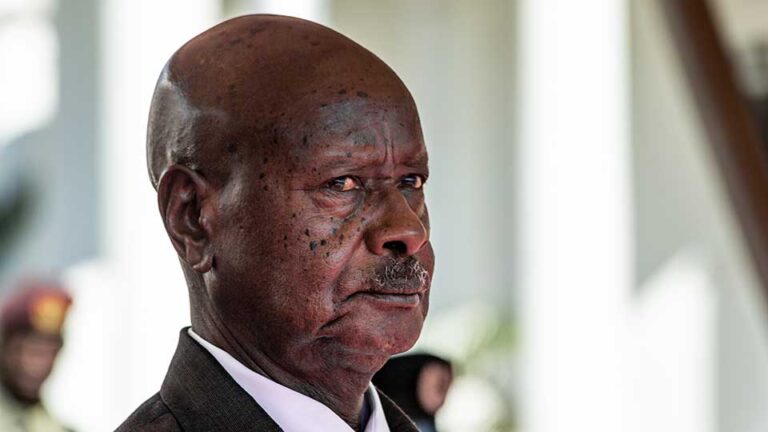 Museveni has won a sixth term in office, extending his 35-year rule after an election which took place under heavy security and an internet blackout.  The opposition, however, said the election was marred by fraud and violence.

2. Floodings displace thousands from their homes in Burundi

Heavy rains in Burundi has displaced thousands of people from their homes. In the Gatumba, Mutimbuzi region located 5km from Bujumbura province, there are reports of heavy floods since Monday, 11 January 2021 when the Rusizi River – a tributary of Lake Tanganyika – overflowed to cause havoc. The victims are now asking and seeking for protection.

“We are asking the government or other benefactors to build dikes to protect the Rusizi River from our flood city,” one victim said.

An oil leak has reportedly been detected from the Funiwa oilfield operated by an oil company, Chevron Nigeria (CNL).

The leak was reported Sunday, 17 January 2021 by fishermen operating on the coastline of the Atlantic Ocean near Bayelsa State. The fishermen, from Koluama in Southern Ijaw Local Government Area of Bayelsa, raised the alarm in a chat with newsmen on Sunday in Yenagoa.

No fewer than 48 people have died in a militia attack on El-Geneina, West Darfur, Sudan.

A statement by Doctors Syndicate of West Darfur, on Sunday 17 January 2021, said that 97 people were also injured, adding that the attacks began the previous day. The statement went further to reveal that the medical personnel were making efforts to provide medical care to the wounded despite a shortage of supplies and nursing staff.

Football enthusiasts streamed the Stade Ahmadou Ahidjo in Yaounde to spectate the group A opening matches but were not able to fully access the stadium due to the limited number of people allowed. The Cameroonian government had directed that each stadia to accommodate only 25% of its capacity.

“It’s just because we’ve limited the number of people who have to get into the stadium, otherwise, I would have wanted to come with my whole family,” a fan said.