Y! For Africa Focused on Emerging Leaders and Culture Shapers
Home 54° Across Africa Viewed against Ndingi, political analysts have failed + Other best reads of the week 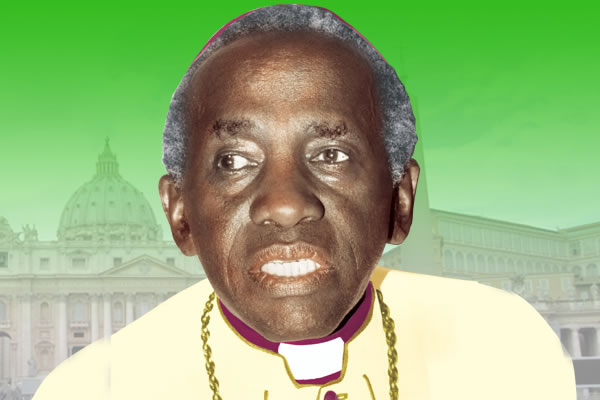 Archbishop Mwana a’Nzeki was part of the plan which saw Prof Maathai disguise herself as a sick Muslim Somali woman, before being driven some 200km (125 miles) through several security force checkpoints to his home in Nakuru town in Kenya’s famous Rift Valley region.

Moreover, police arrested 23 people during a raid on a shelter for homeless lesbian, gay, bisexual and transgender youth, accusing them of disobeying orders by remaining in the shelter and charging them with “a negligent act likely to spread infection of disease”, HRW said.

The anti-graft agency also said Mr Ahmadu, who was awarded one of the nation’s top honours – Officer of the Order of the Niger (OON), by the immediate past president, Goodluck Jonathan, spent about one-third of the fund to purchase two properties in highbrow neighbourhoods in Abuja while N101.2 million was converted to dollars for the personal use of Mr Ahmadu.

This failure becomes spectacular when viewed against the work of the late Catholic Archbishop Raphael Ndingi Mwana a’Nzeki who died last week. The archbishop refused to debate within the Kanu paradigm. Instead, he advocated a paradigm shift.

Further, massive events that have disrupted air travel in the past, such as 9/11, have caused airlines to consolidate. There were nine major US airlines before 9/11 – after, they merged into the four big ones we know today: Delta, United, American, and Southwest.