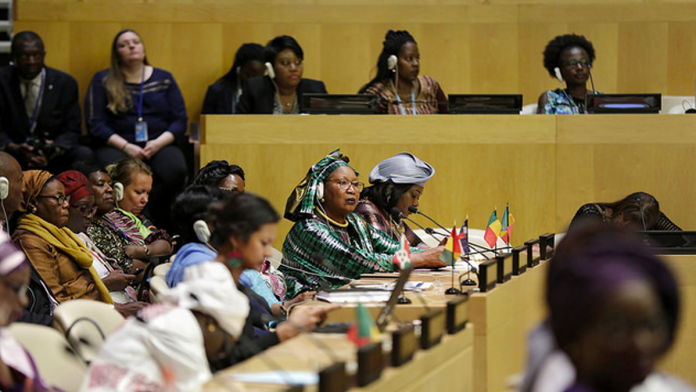 Triggered? Or don’t you feel like there should be more women in politics?

More women desire to be in politics but except there is a level playing ground, it is going to be difficult to have women play important roles.

Notwithstanding, there are women in politics. Only that there could be more. Lisa Hanna, the Jamaican presidential candidate, whose videos went viral some weeks back brought some kind of hope in the political terrain. There was a lot of excitement about her running for office that she trended for a long time. Amidst all of this, one can’t help but think about the possibility of the same thing happening in Africa. And if it happens, what her likelihood of winning will be.

Some people don’t think women should take positions of authority in the family setting, let alone an entire nation. While some will laud the idea, a whole lot will not even take any woman running for presidency seriously. We are not even talking about presidency here but politics and the ability and possibility of being at the helm of affairs.

Zipporah Musau said in an article she wrote for the UN in 2019, stated that “In the fight for gender equality, women around the world have advanced in small and large ways. Yet for women in Africa, progress is measured in micro steps, and the struggle has a long way to go.”

She also added that “In sub-Saharan Africa, the number of women seated in parliament grew in 2018, with a regional average share at 23.7%, according to the just-released 2019 edition of the biennial Inter-Parliamentary Union (IPU) Map of Women in Politics.”

But what are the limits though? What are the reasons for the low involvement of women in politics? The lack of opportunity or a lack of interest?

Patriarchy because the system is created in a way that favour the male gender and undermines the opportunities for the female gender.

Self-Sabotage because the opportunities can be there but the women who should run for these offices choose not to for reasons best known to them.

Lack of ambition because why should women be in politics when there are others who can do the job better than I can.

Lack of interest because of all things women should be doing, politics is not one of them or even a thought.

Expensive because some women can’t afford to do the kind of things men do to be in office.

This tweet below by the African Women Rights Advocates pointed out another issue.

So is there a way we can get rid of all these limitations or can women just decide to be involved in politics and it will happen.

It takes a lot of hard work regardless, so the question is, if you’re a woman, would you still be politically inclined given all the odds are in your favour?

UN Women identified two main obstacles preventing women from participating fully in political life. There are structural barriers, whereby discriminatory laws and institutions still limit women’s ability to run for office, and capacity gaps, which occur when women are less likely than men to have the education, contacts and resources needed to become effective leaders.

In conclusion, more women in politics leads to more inclusive decisions and can change people’s image of what a leader looks like

So if you are an African woman interested in politics, here are a few things you can do in this time;