Y! For Africa Focused on Emerging Leaders and Culture Shapers
Home 54° Across Africa #Xenophobia: South Africans could be fighting the wrong battle 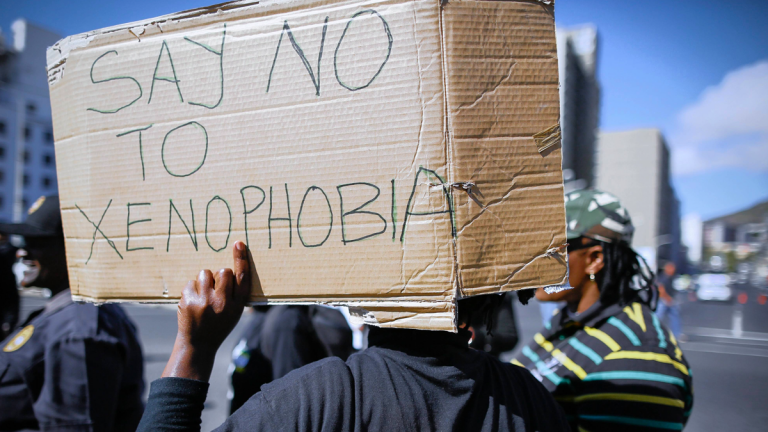 South Africa in recent times have been complaining about a number of things and creating conversations around these things. From conversations about the state of their economy to losing job opportunities to foreigners, and blaming certain social vices like drug trafficking on foreigners, South Africans have consistently created debates on the state of Africa’s unity.

Xenophobia has become a recurring phenomenon in South Africa. And in a social media trend, Wednesday, November 4, 2020, South Africans are asking once again, for their government to put them first. With the hashtags #Xenophobia, #PutSouthAfricansFirst, and a host of others, locals are tweeting the need for foreigners to leave the land.

Xenophobia is an endemic which when taking out of social media, often lead to the loss of lives and properties and the tainting of inter-state diplomatic relations.

The idea of globalisation has supposedly constructed the world into a concise village where everyone is seen as a global citizen, however, ethnicity and cultural identity consciousness still play key roles to define the basis for cross-border interactions. And it is with this realisation that many South Africans are demanding that foreigners leave their country and their government create better opportunities for them.

But should that be the case?

Would it be a statement made, if some South Africans go about to ruin the hardwork of foreigners who have built businesses in their country? Or is there more to this behaviour than meets the eye?

A few people on twitter had these to say:

It is somewhat clear what is going on. But it seems like there are a few foreigners making it difficult for other foreigners who are doing legitimate business.

Dear South Africans, there are better way to go about these differences. Some of them are listed below:

Look inwards. Your competence will always be your competence, no foreigner can do better than you if you have put in the work to always be of value. So it is not about the foreigners but about you.

Self-placed limitations. Because if you want to work and do better, no foreigner can stop that from happening. The South African government has not placed a ban or limit on her citizens preventing them from doing businesses and owning franchises. So maybe it is not the problem of the foreigners.

Report. If the foreigners are into crime. Report to the relevant authorities and ensure that the economy does not suffer.

Harbouring stereotypes. Maybe South Africans are not used to foreigners and find it difficult building relationships with them.

The problems we all face are inherent. The minute we begin to blame others for our misfortunes, it shows that we have lost the battle already. Absolutely no one can stop you from being all you desire to be except yourself. So why are some South Africans blaming foreigners for the limit they have placed on themselves.