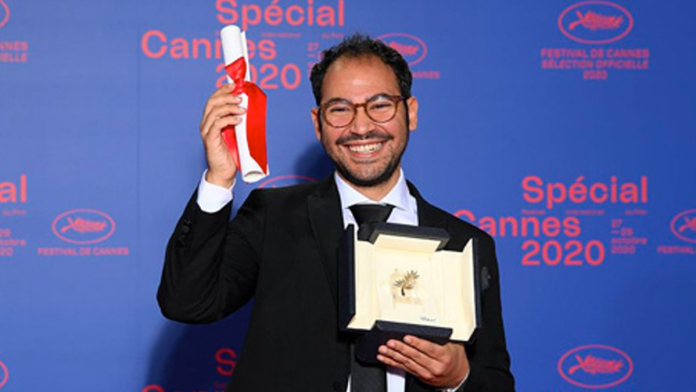 “Alhamdulillah! We worked hard and God rewarded us,” the film’s star Seif Eldein Hemeida told Ahram Online on Friday, adding, “Inshallah tomorrow will be sweeter and we will continue making films for the rest of our lives.”

Dozens of critics and filmmakers joined in the public congratulations at the success of the short film, which is also known as Sttashar.

“This is a victory of Egyptian cinema that has never happened in its history,” wrote celebrated film critic Mohamed Sayed AbdelRehim.

The 15-minute production by Alexandria-based Figleaf Studios, in collaboration with France’s Les Cigognes Films, was celebrated Sunday at its MENA premiere in Hurghada, as part of the El Gouna Film Festival, which concludes tonight.

At Cannes, Alaa’s short film was shortlisted with 11 important films in the competition, selected by a prestigious jury of three women and three men, and with no chair for the first time. It included French filmmakers Claire Burger and Rachid Bouchareb, producer Charles Gillibert, actors Damien Bonnard and Céline Sallette, and Georgian filmmaker Dea Kulumbegashvili.

The competition concluded the three-day Cannes 2020 special event, after the 73rd edition of the famous festival was cancelled earlier this year due to the coronavirus. This was the competition’s second cancellation since 1939.

Despite the cancellation, Egypt is also represented by Souad, a 1h 30m long narrative from Vivid Reels by director Ayten Amin, after it was unveiled in June among 56 films of the Cannes Film Festival’s Official Selection.