Y! For Africa Focused on Emerging Leaders and Culture Shapers
Home 54° Across Africa #54DegreesAcrossAfrica: Meet the first Nigerien Scientist to work for NASA and other stories across Africa 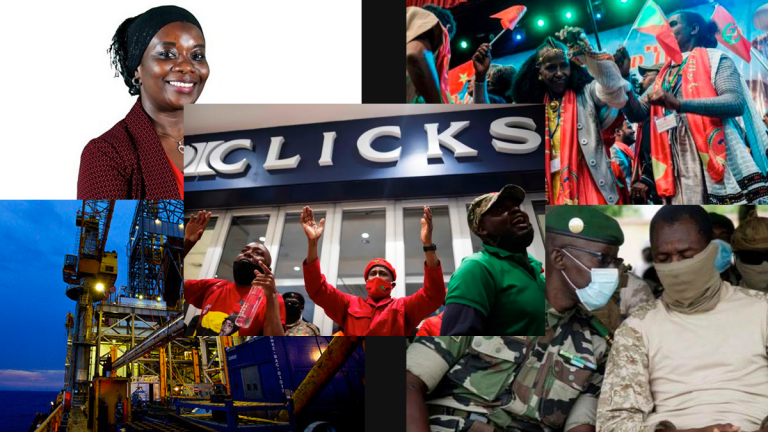 ETHIOPIA: Polls open in Tigray in test for unity

Polls have opened for elections in Tigray in northern Ethiopia in defiance of federal authority, threatening to deepen a political crisis in Africa’s second most populous country.

Prime Minister Abiy Ahmed has downplayed the significance of the polls, saying the TPLF has an extended mandate to stay in power – according to a decision by Ethiopian Upper House of Parliament in June. He also reiterated that his government will not seek military confrontations with the state. Also pointing out that the election is not legal because it’s only the electoral board that can conduct elections in Ethiopia.

Go deeper: It was reported that at least 12 people, including journalists and a senior think tank analyst, were barred on Monday from flying to Tigray, four of the passengers said, after Ethiopian security officials said the region’s elections later this week were illegal.

Relations between Ethiopian Prime Minister Abiy Ahmed’s government and its rivals from the country’s northern Tigray Region are at an all-time low over the planned elections that have set the two sides on a collision course. The tensions could lead to the secession of the Tigray and Amhara regions.

Ethiopia had to reschedule the landmark national elections. However, in March, the electoral board announced the polls would be delayed because of the coronavirus pandemic.

NIGER: Meet the first Nigerien scientist to work for Nasa

Fadji Maina has become the first scientist from Niger to work for the National Aeronautics and Space Administration (Nasa).

The 29-year-old hydrologist earned her PhD in 2016, and joined the world-famous space agency in the US at the end of last month.

She said in an interview she will use her new job to give back to her country and the continent:

“I will say to them to not give up to keep going because everyone would think people from Niger, or a young girl from Niger, would not be able to do this. But just believe in yourself and find an environment that will support you,” she said.

Ms Maina said she is the only African in Nasa:

“You get used to it also I think we need to have more people coming from different backgrounds to be able to solve the problems that we are looking at – because different people will have different perspectives.”

The military junta that ousted Mali’s president has been given until 15 September to appoint a civilian leader to lead the transition.

Leaders from the West African bloc, Ecowas, said the proposed civilian president and prime minister would lead the country to a fresh election.

The junta is yet to respond to the announcement made on Monday during a summit attended by eight heads of state in Niamey, the capital of Niger.

Ecowas wants the transition to be done within a year, but the junta has in the past said it prefers “a reasonable time” and suggested at least two years.

The military junta has been holding transitional talks with political leaders.

The ousted President Ibrahim Boubacar Keïta flew to the United Arab Emirates for treatment over the weekend after a minor stroke.

He was detained by the junta and resigned on 18 August after months of mass protests.

Clicks SA published a hair advert on its website that described African hair as dry and damaged while white hair was described as fine and normal.

The advert was pulled out and the company apologised and said it had suspended those who were involved.

EFF has called for the names of those behind the advert to be published and for them to be sacked from their jobs even while the government has urged protesters not to damage property.

Other details:  Based on the above story, Clicks has confirmed that a senior executive responsible for its racist advert has resigned while all other employees involved in the matter have been suspended. Clicks is a shop in South Africa focused on selling hair products.

Amnesty International has urged the Mozambican government to launch an independent investigation into torture and other grave violations committed by security forces in the gas-rich northern province of Cabo Delgado.

The non-governmental organisation said it had verified gruesome footage and photos from the region showing crimes against detainees.

They show the attempted beheading, torture and other ill-treatment of prisoners, and the dismemberment of alleged opposition fighters, possible extrajudicial executions and the transport and discarding of a large number of corpses into apparent mass graves.

Amnesty says the perpetrators of the atrocities in the videos are seen wearing the uniforms of the Mozambique Armed Defence Forces (FADM) and the Mozambique Rapid Intervention Police (PIR).

The perpetrators refer to their captives as al-Shabab, it said – in reference to a common local name for the Islamist armed group operating in Cabo Delgado.

In recent weeks there has been an increase in violence in northern Mozambique, where militants have been attacking security forces and civilians.

Other details: Militants aligned with the Islamic State seized a key port in gas-rich northern Mozambique on Wednesday after days of fighting. The attack was the fourth assault on Mocimboa da Praia this year. The Mozambican military, which suffers from low morale and a lack of resources, has struggled to contain a growing insurgency in the north that has killed almost 1,000 civilians since it began in 2017, according to the Armed Conflict Location & Event Data Project (ACLED). The military reportedly ran out of ammunition while trying to push back the latest assault.

Analysts doubt that the militants will be able to maintain control of the port. The Defense Forces of Mozambique said operations to retake the area were ongoing but that their efforts were complicated by the militants’ use of civilians as human shields. The attacks underscore the insurgency’s growing sophistication as well as the security forces’ inability to repel the militants from points of strategic infrastructure.